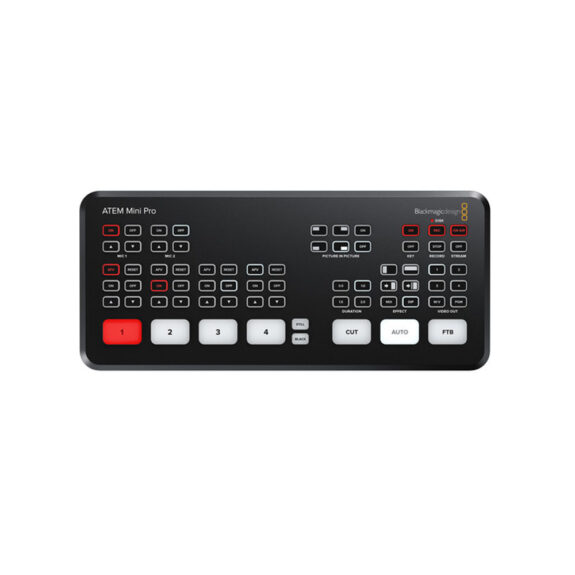 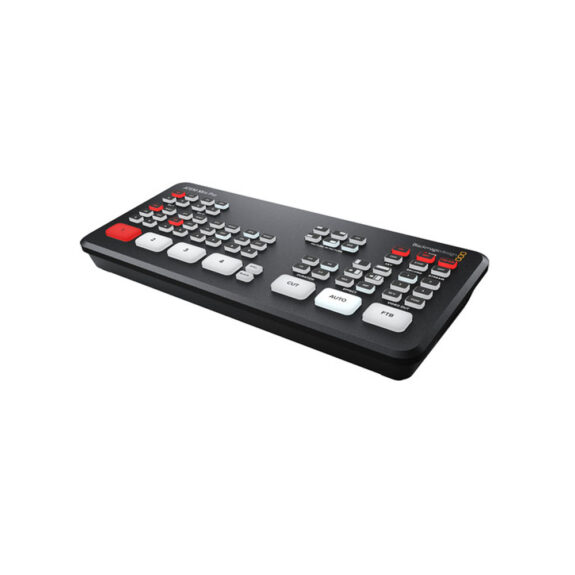 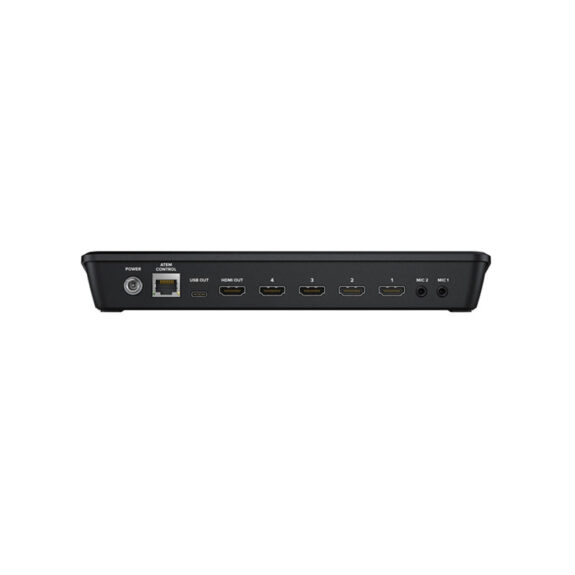 The updated ATEM Software Control Panel is used for control and configuration of the ATEM Mini Pro via USB or Ethernet, and it allows you to monitor the data rate, audio meters, configuration, and status of your live feed. The built-in color control panel has the same configuration of DaVinci Resolve, eliminating any learning curve. Advanced features include the ability for engineers to upload an XML configuration file to make it easier to change all your settings at once.

The control surface features the same easy-to-view, backlit control buttons to enable selecting camera inputs, controlling transitions, keyers, settings, and the DVE. The ATEM Mini Pro adds several buttons to the right side such as a quick record button, which allows you to instantly record your live stream to the connected USB source, or by holding it down, you can hot-swap drives when using the Blackmagic MultiDock if you need to quickly get down to editing. On Air and Stream buttons have also been added to instantly start and stop your stream once it is set up in software control. The added Video Out buttons on the right side allow you to select a program preview for each source, so you can make sure each source is ready to go for air.

The ATEM Mini Pro features the same upstream and downstream keyers, an advanced chroma keyer, two linear/luma keyers, a DVE transition keyer, a pattern generator, and color generators. There is also media player support for fill and key images, which supports up to 20 stills in PNG, TGA, BMP, JPEG, and TIFF formats.

Layer live video over other video sources or graphics with the Upstream Keyer. You can use luma key, linear key, pattern key, or shoot against a green screen and use chroma key to instantly composite the video over virtual sets.

The ATEM Mini switcher includes one downstream keyer, so you can add high-quality graphics like logos, bugs, and titles from the built-in media player over the live stream program output. Downstream keyers are the last layers of keying, so they overlay all video switched to the main program output.

The built-in audio mixer lets you control both camera and external audio with precision level and balance adjustments on all six available audio inputs and two channels. The mixer features selectable On/Off/Audio-Follow-Video per channel, plus it has separate gain control per channel, level and peak metering, and new Fairlight audio enhancements such as compressor, gate, limiter, six bands of parametric EQ, and master gain control.

The HDMI monitor output allows you to see your sources, graphics, preview, and program output on a single screen.

Eliminate external character generators by storing up to 20 broadcast-quality RGBA graphic files in the media pool. The one media player appears as input sources to your switcher. You can transition to graphics as full-frame video, or feed them to the keyers for overlaying video. Popular image formats such as PNG, TGA, BMP, GIF, JPEG, and TIFF are supported. 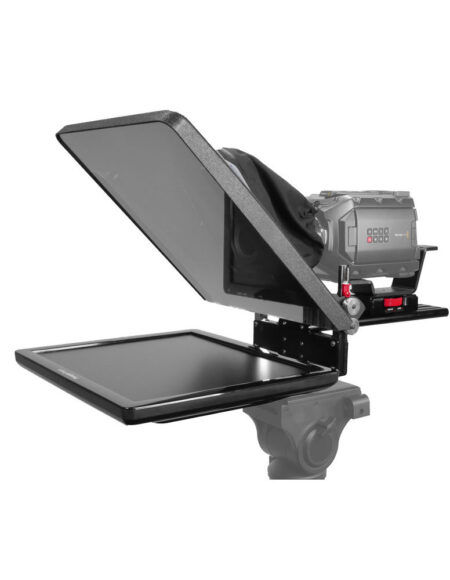 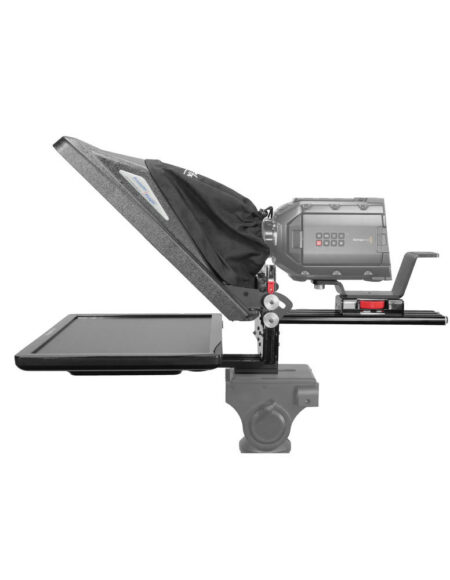 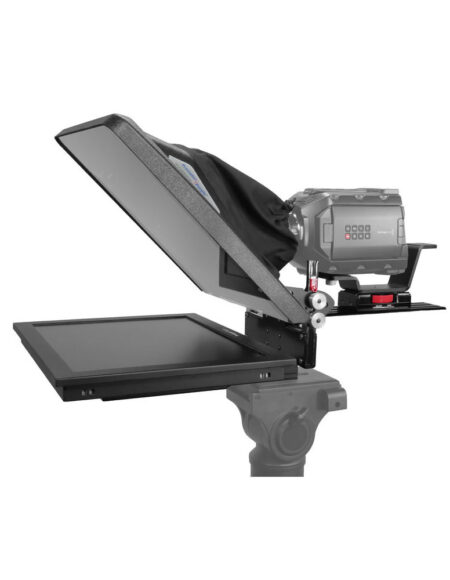 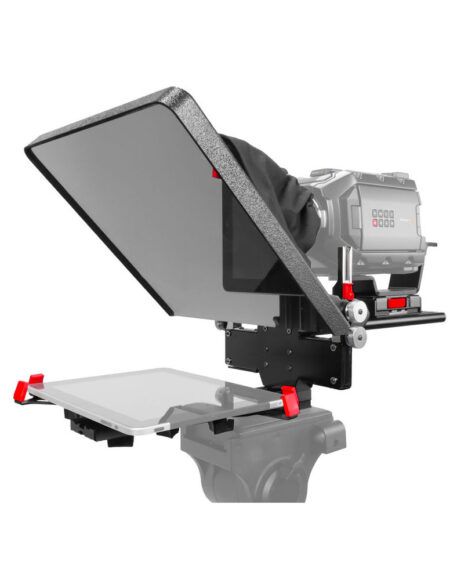 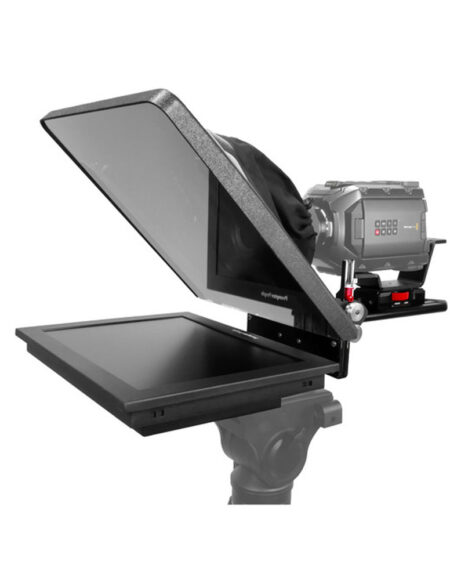 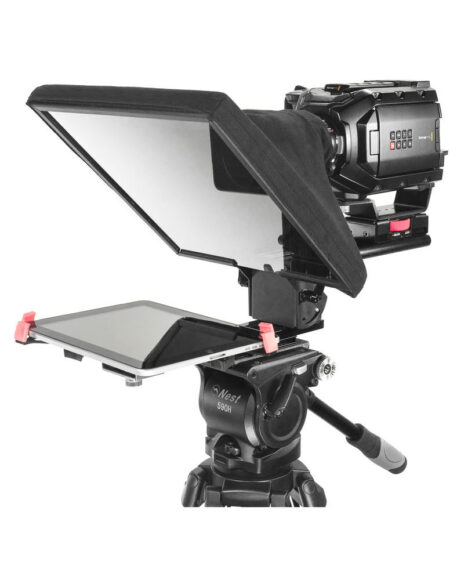 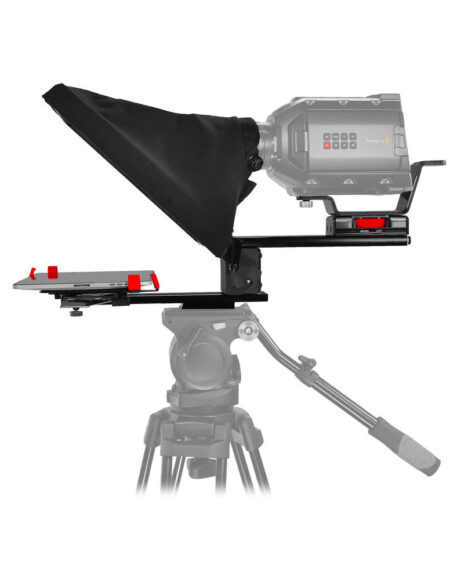