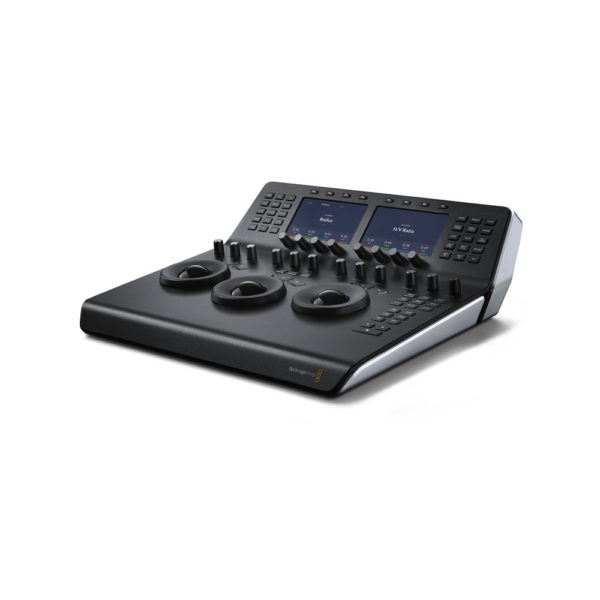 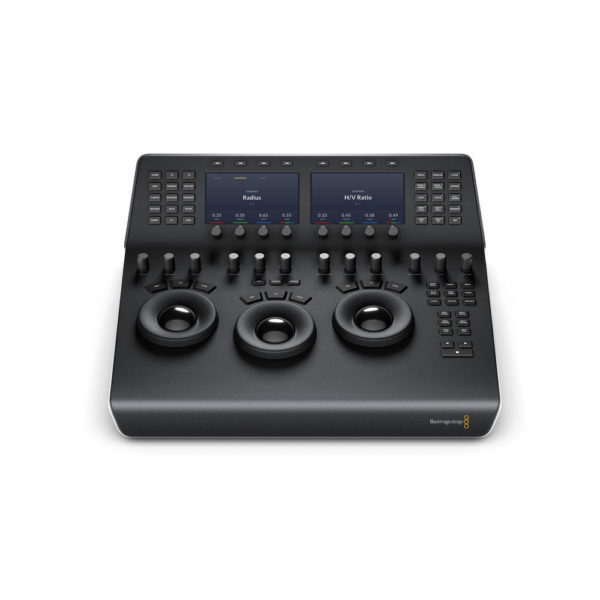 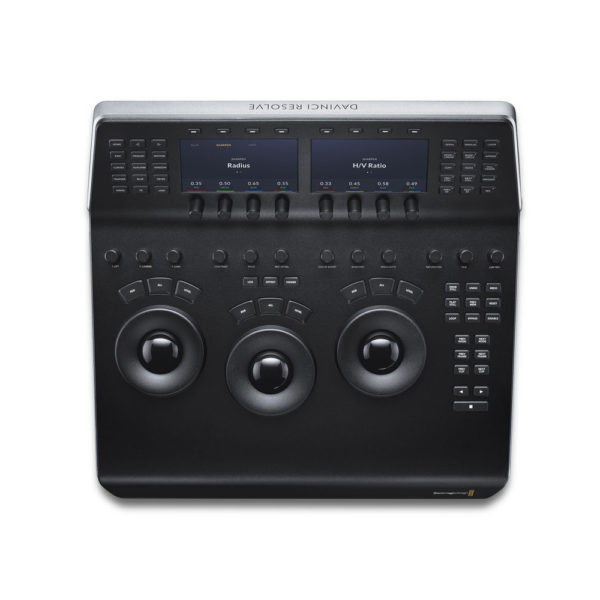 The DaVinci Resolve Mini Panel from Blackmagic Design is a step-up in functionality from the Micro panel but without all the features of the Advanced panel. It is a portable control surface suitable for those that need to switch between editing and color grading. It can sit on your desk top, in a rack, or be bolted to a surface. As with the Micro panel, it features three high-resolution, weighted trackballs and 12 control knobs for accessing essential primary color-correction tools in the Resolve software. 18 dedicated keys on the right side also give you access to the most commonly used grading features and playback controls.

However, the Mini Panel also features two LCD screens that allow you to display menus or the parameters of the tools you are working with. Eight customizable soft knobs provide precise control and a quick reset by pushing the knob. Dedicated feature buttons allow you to change tools without needing to use the mouse. The Mini panel incorporates a USB Type-C and Ethernet interface. It is compatible with Mac, Windows, and select Linux systems. You can power the panel via an AC power source, a 4-pin XLR connector, or PoE. For the panel to work with Resolve, your computer must be running DaVinci Resolve 12.5.5 or DaVinci Resolve Studio 12.5.5 or later. An included USB 3.0 Type-A to USB Type-C cable provides backward compatibility for systems that are limited to USB Type-A connectors.

Small enough to take with you, so you can bring it to any Resolve system (12.5.5 or later) and do color correction on location or at the editor’s suite

Shares basic layout with both Micro and Advanced Panels

Interfaces with and controls software

Buttons are backlit and light up when actuated

Control knobs are grouped into four sets of three knobs

Increases or decreases overall image saturation — you can turn your color image into a grayscale image with this control.

The system powers from either AC power or a 12 VDC source via the 4-pin XLR connector.

The Mini panel can sit on a desktop, be mounted in a rack, or mounted to a surface to prevent theft or be used in a moving vehicle or on a cart. 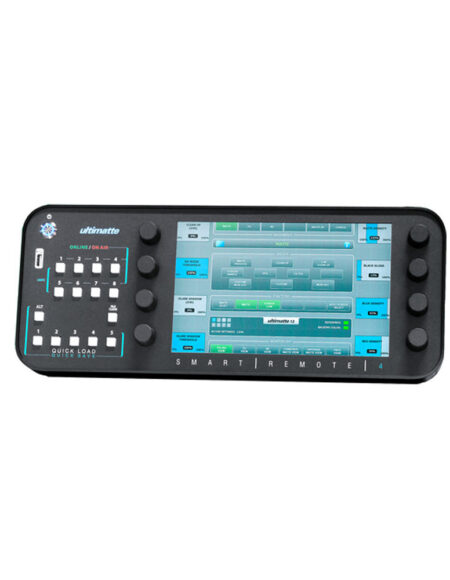 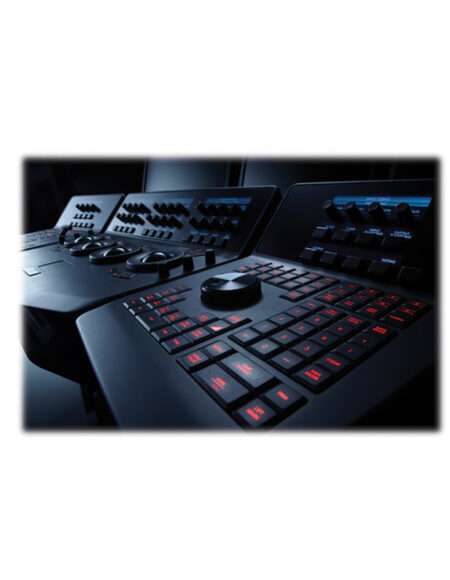 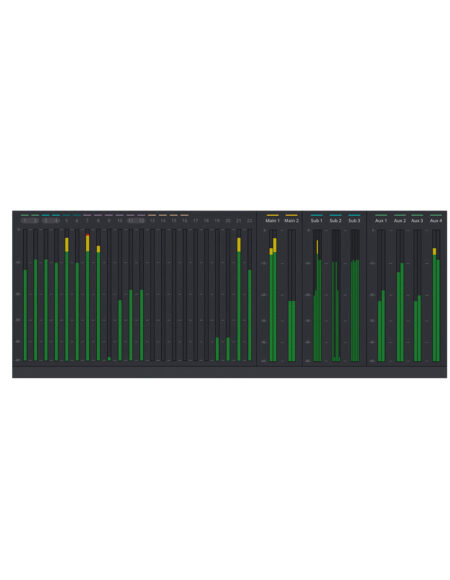 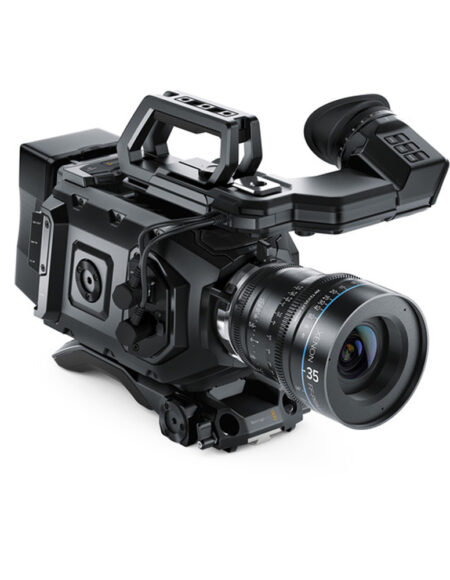 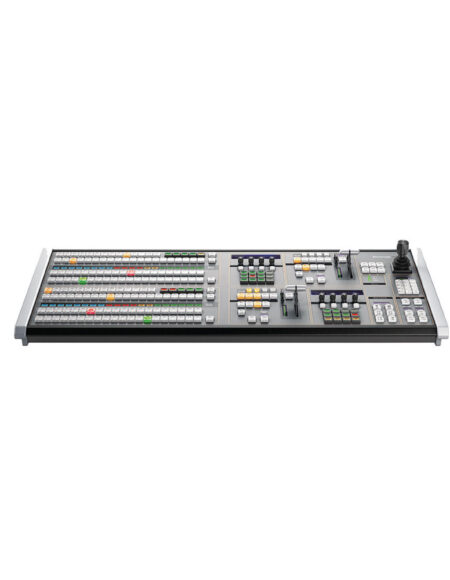 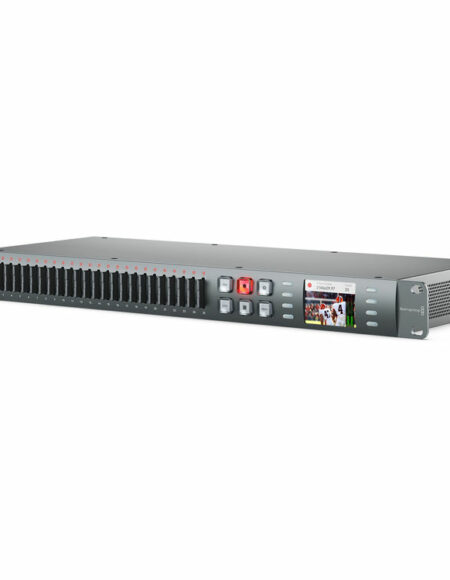 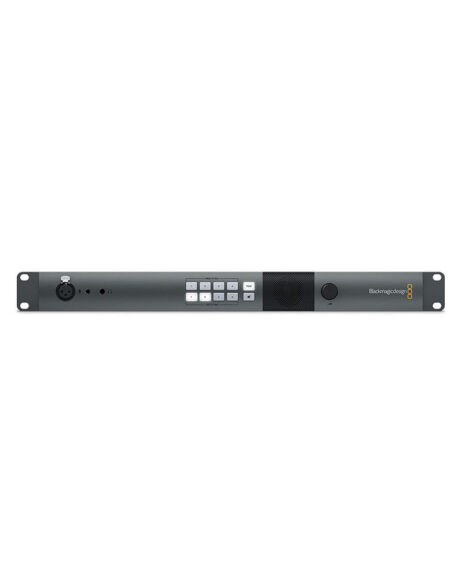 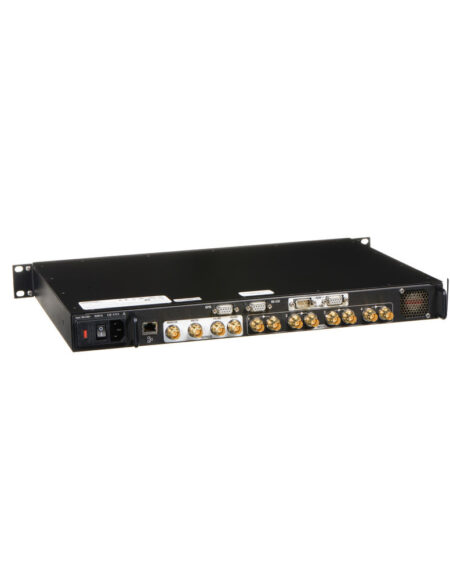