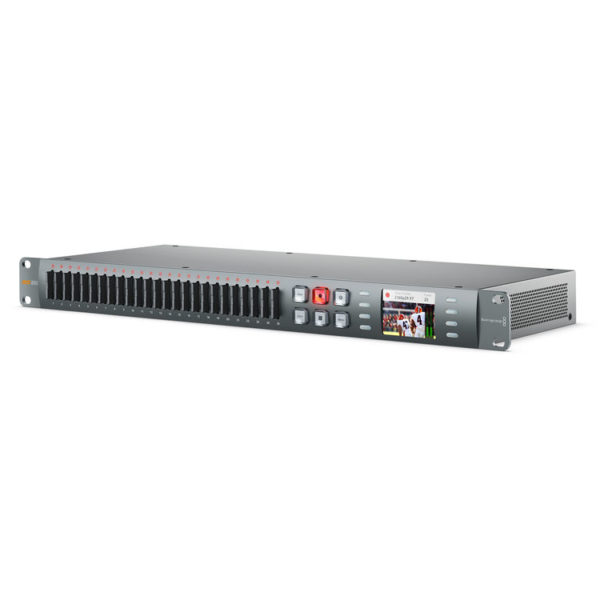 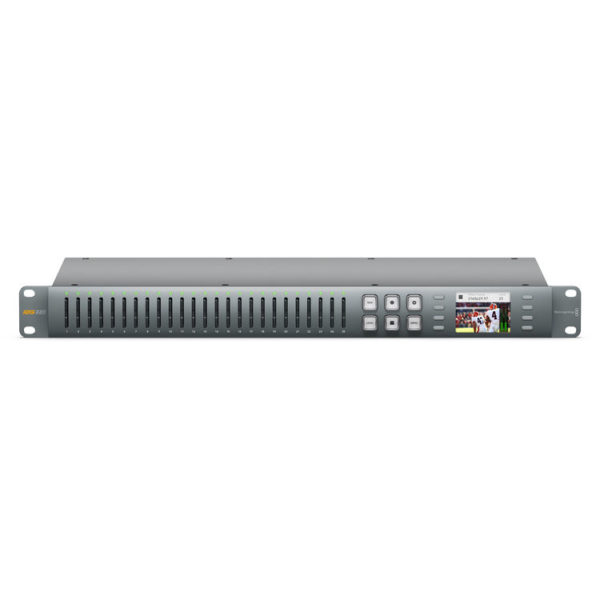 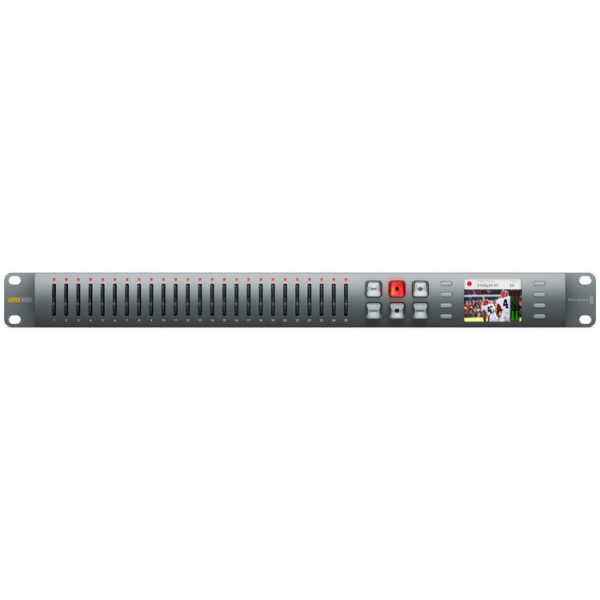 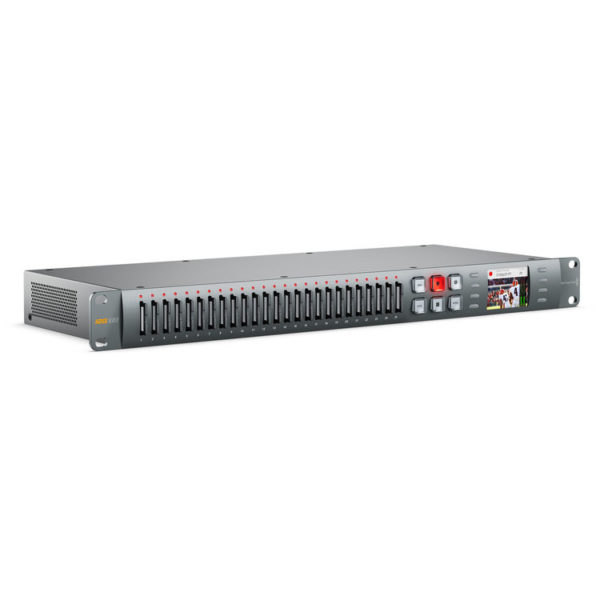 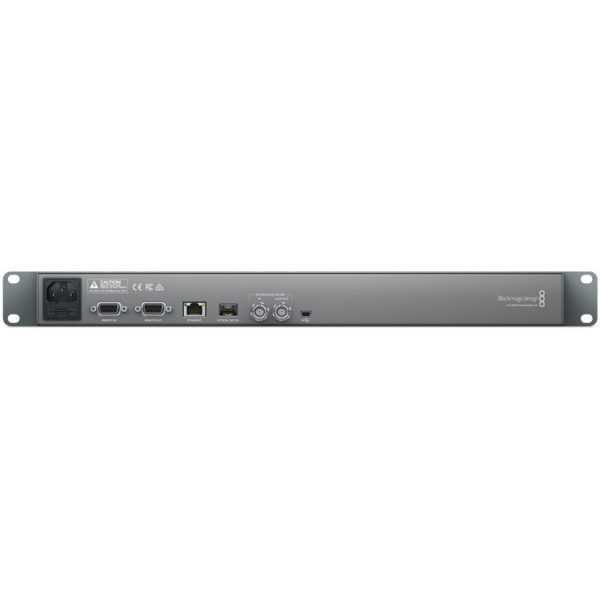 Publish your live events for immediate distribution with the Blackmagic Design Duplicator 4K. With 25 SD card slots, SD, HD, or even UHD 4K video can be recorded to 25 SD cards in real time from the 12G-SDI or Optical inputs. In order to maintain quality while maintaining smaller file sizes, efficient H.265 encoding is employed. SD cards are small, inexpensive, and reusable, making them the logical media of choice for a compact, high-yield device such as this.

The Blackmagic Duplicator 4K features a realtime H.265 encoder and 25 SD card recorders that are miniaturized into a single rack unit design. The machined metal design is durable, lightweight, and small enough to take on the road. That means you can duplicate content right where you’re recording and sell it. The front panel has an LCD display for status, and professional broadcast connections such as 12G-SDI with loop through and RS-422 deck control are on the rear so you can connect multiple units together inside a standard 19″ rack and record more cards at the same time.

For the many events that require only a single camera and operator, the Duplicator 4K saves time and effort. If you’re working alone, you can still produce multiple copies and sell content right off the bat. Simply plug the SDI output from your camera into the duplicator, start shooting and the Blackmagic Duplicator 4K will automatically start encoding and making copies. The Blackmagic Duplicator 4K recognizes the SDI start/stop commands from the camera so it automatically starts and stops recording along with the camera.

The Blackmagic Duplicator 4K includes an Append Record button that lets you seamlessly combine recordings from different parts of an event into a single file. For example, if you are recording events that have natural breaks, like weddings with a ceremony and reception in different locations, the Blackmagic Duplicator 4K can automatically append the recordings all into a single file. This makes it easier for viewers to watch because they only have to play back a single movie.

With the Blackmagic Duplicator 4K you can easily load and format all 25 cards from the front panel at the same time, rather than formatting them one at a time on your computer. At the end of the event you can take cards out as you sell them, and because the cards are re-usable, you can simply reformat and record over the unsold cards at your next event. 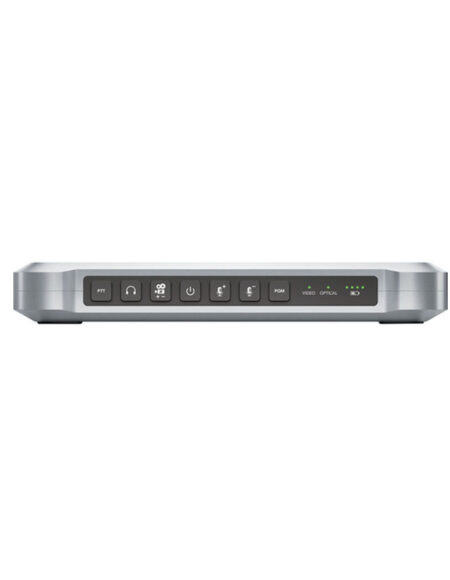 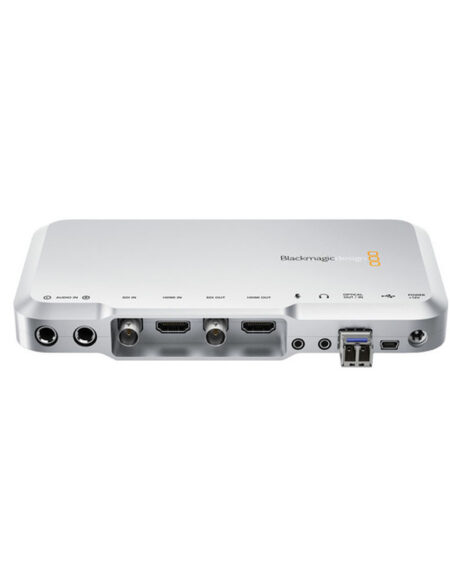 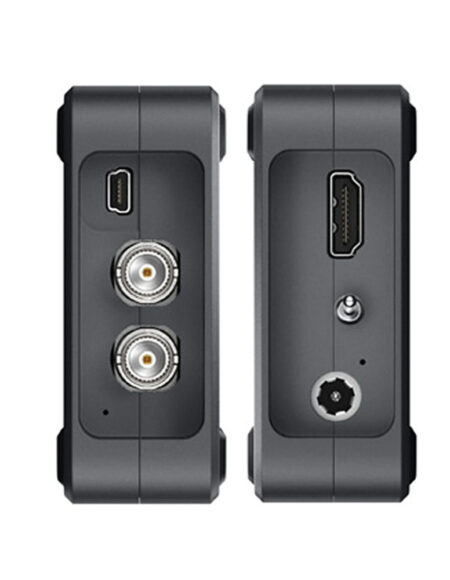 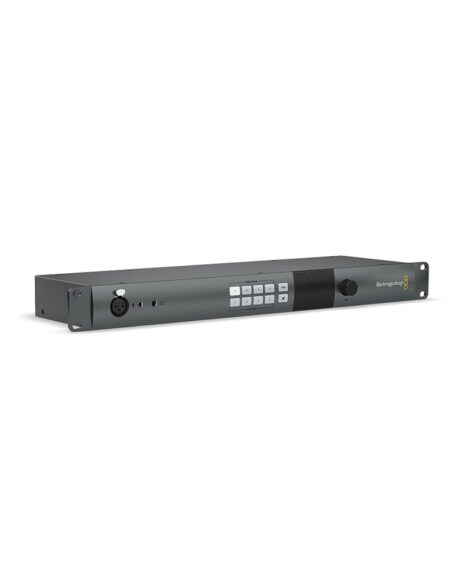 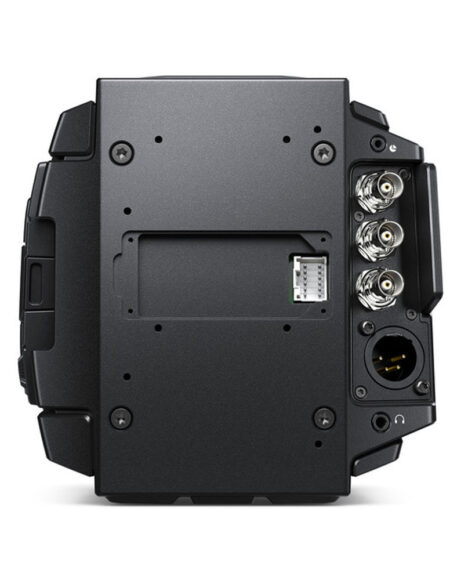 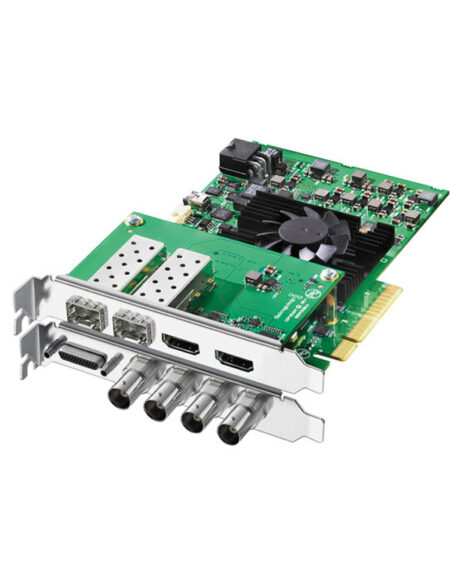