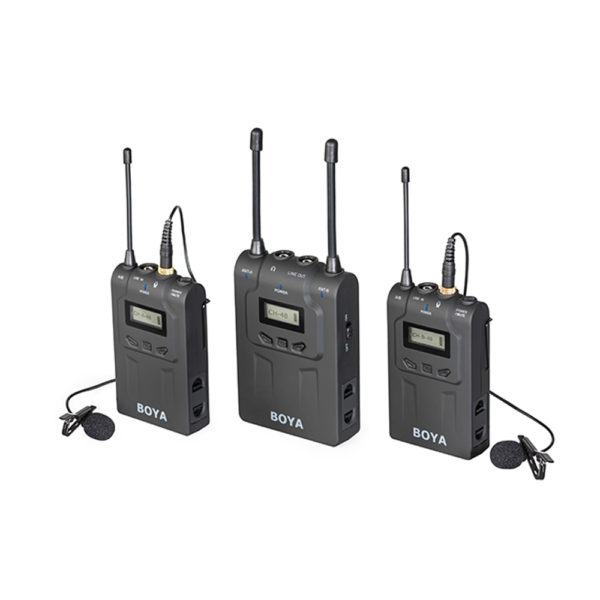 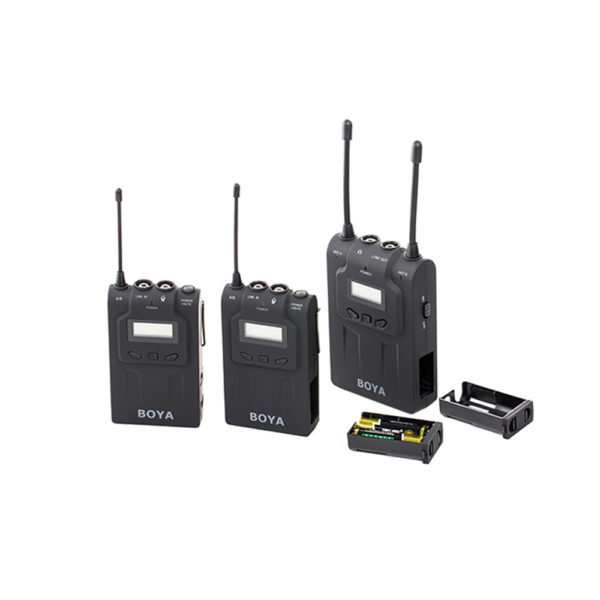 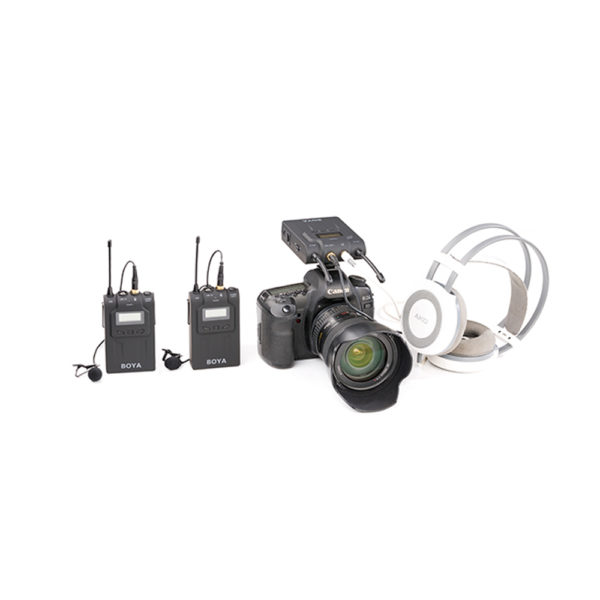 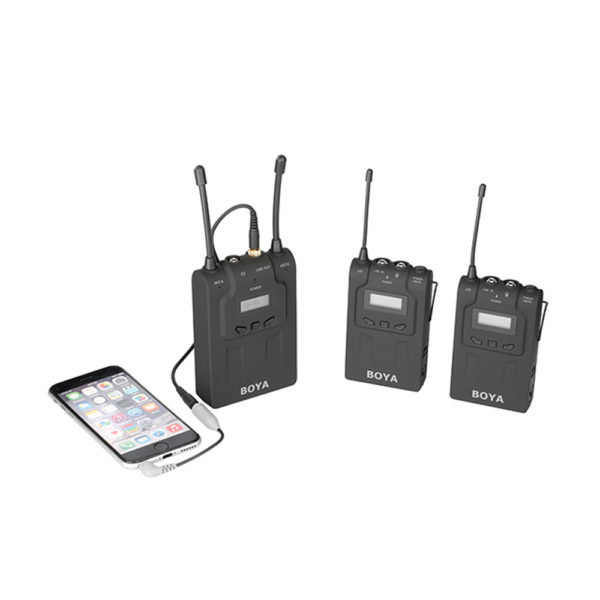 The BOYA BY-WM8 Dual-Channel UHF wireless system is a portable, camera-mountable wireless system for capturing audio with dual subjects. It can be used in several environments for video, field recording, interview, broadcast TV, and ENG applications.

The BY-WM8 system consists of two bodypack transmitters, a camera-mount receiver, and two omnidirectional lavalier microphones. Also included with this system is a shoe-mount adapter, a single 1/8″ to XLR output cable, a single 1/8 to 1/8″ output cable, carrying case.

The receiver is built with mic and headphone output jacks. The bodypack transmitter includes a MIC jack and LINE IN jack.

– Operates on 2 standard AA batteries for both transmitters and receiver

– Wide range of accessories adapts the system to most of requirements 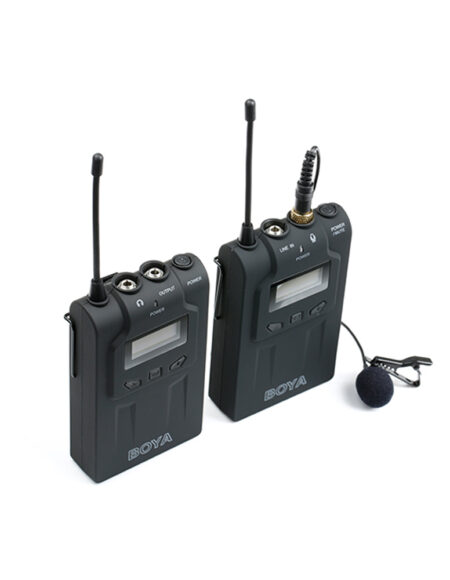 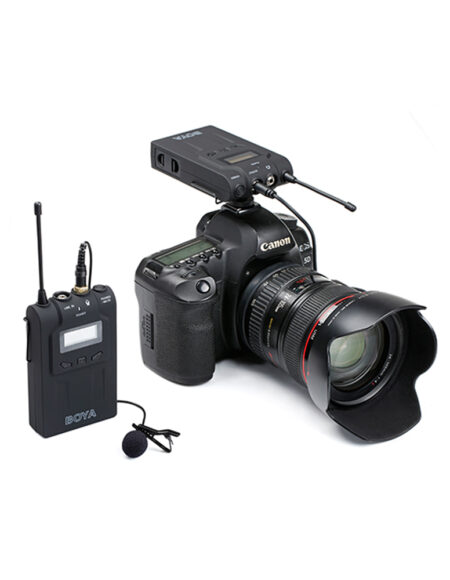 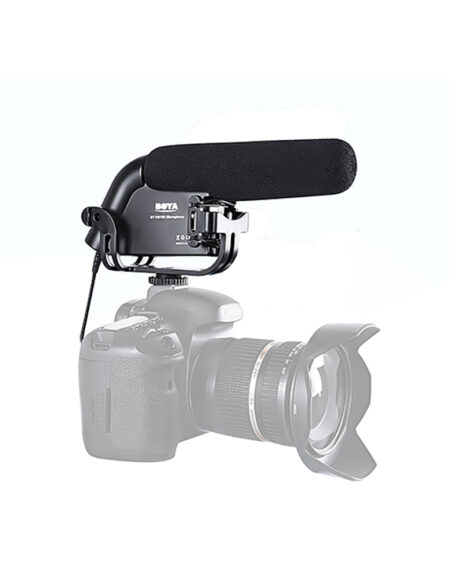 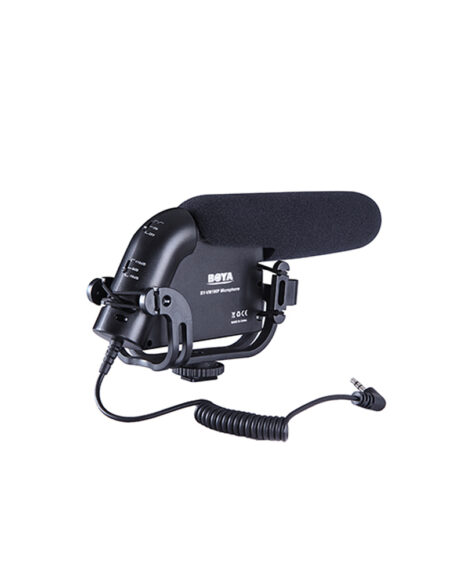 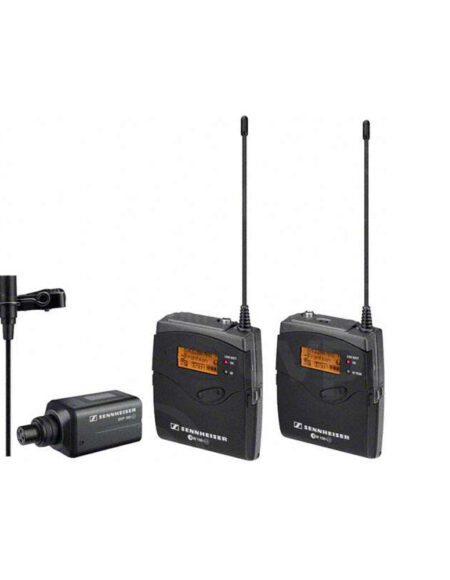 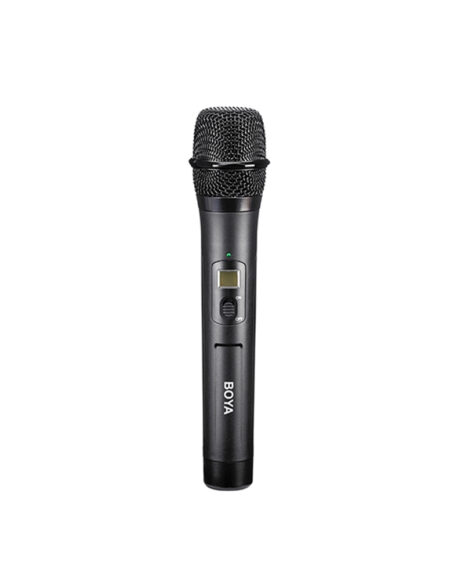 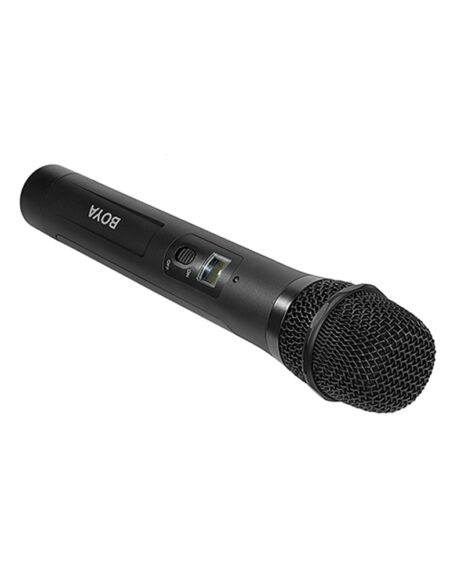 · A or B channel group for selection

· Operation range can reach up to 100m

· Powered by one Two AA Batteries 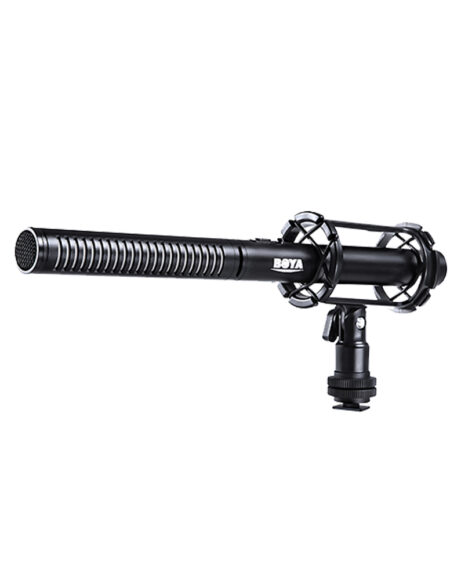 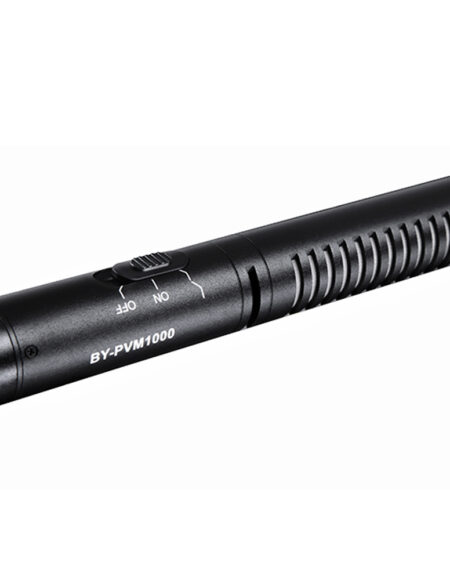