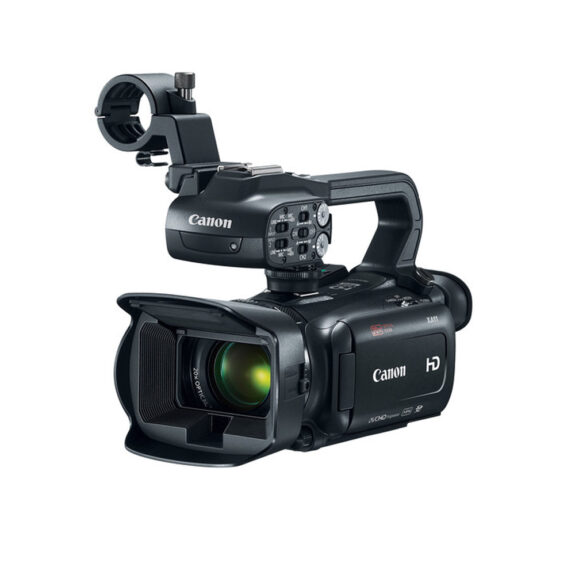 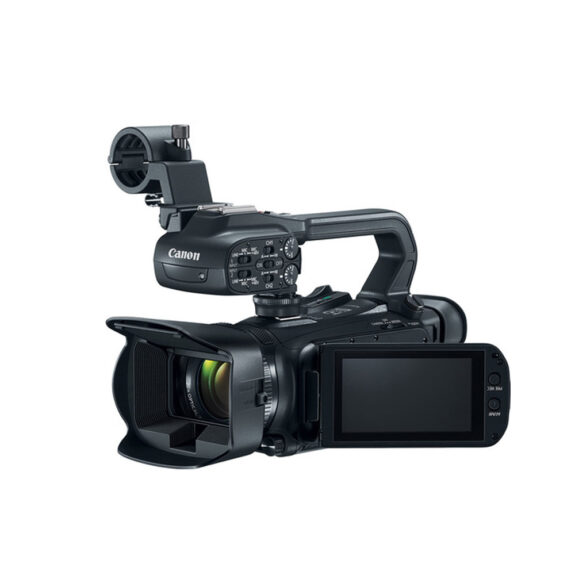 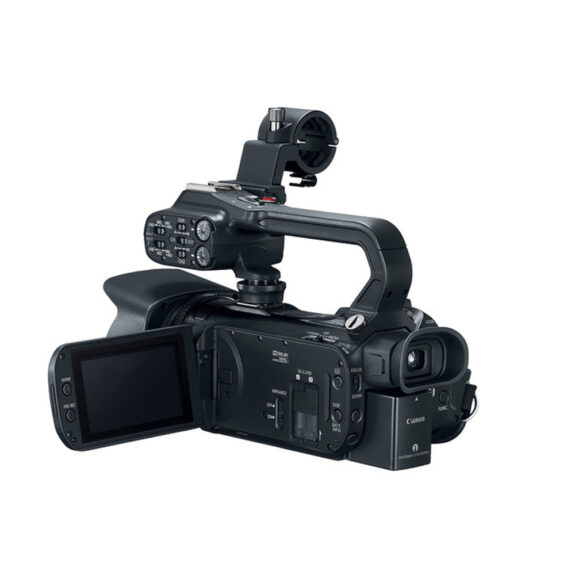 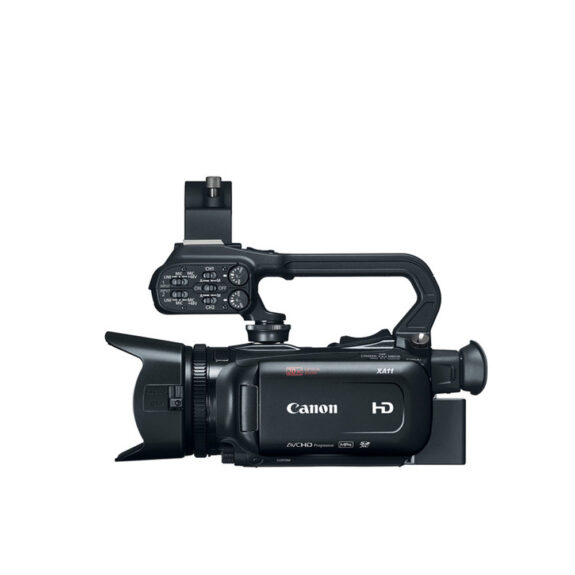 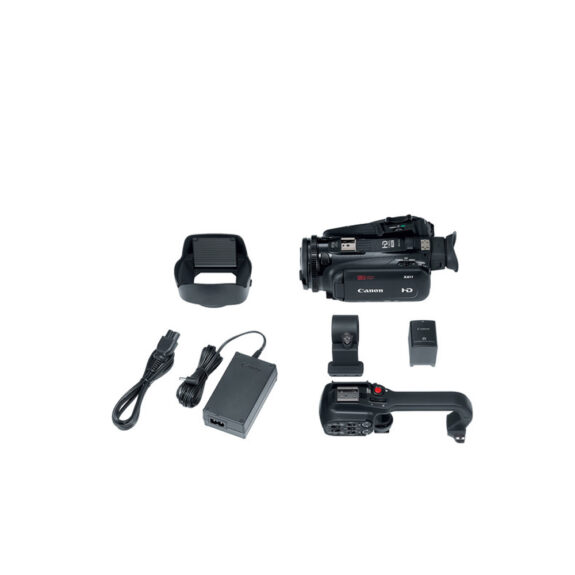 The Canon XA11 Full HD Camcorder is a compact run-and-gun camera that is suitable for ENG, event coverage, and independent and documentary filmmaking. The camera features a 1/2.84″, 1920 x 1080 CMOS sensor that captures video at various frame rates up to 59.94p, including a 24p mode for a more cinematic feel. The integrated Canon 20x HD optical zoom lens has a 35mm equivalent zoom range of 26.8 to 576mm and features an 8-bladed iris to render highlights more naturally.

The final piece in the image chain is Canon’s DIGIC DV 4 image processor. This high-speed image-processing engine powers Canon’s Dynamic IS (Image Stabilization) mode reducing image distortion over traditional up-down, left-right image stabilization by adding correction for camera roll in three axes. The power of the DIGIC DV 4 allows the camera to simultaneously encode your video to two different codecs and bit rates, allowing you to have web-ready versions of your master footage available as soon as you stop recording.

Two built-in SD/SDHC/SDXC memory card slots allow you to record video to available media cards in both slots at the same time. This allows you to create an instant backup copy for archiving and data protection. You can also capture high-resolution AVCHD or MP4 video files on one card while creating a lower data rate MP4 more suitable for the web on the other card. When using two media cards and the camera is in Relay mode, there is no need to stop shooting to swap out a full media card; when one card becomes full, recording seamlessly switches to the other card.

The XA11 features a 1/2.84-inch HD CMOS Pro sensor with 2.91MP. The large size of the individual pixels enables a minimum subject illumination of 1.0 lux for shooting in low-light conditions.

The Canon 20x HD zoom lens provides a zoom range with a 35mm equivalent of 26.8 to 576mm and features an improved circular iris design providing a more natural look with out-of-focus areas that are smoother and more appealing. Zoom speed can be set to variable, constant (with 16 levels), fast, normal, or slow.

The DIGIC DV 4 Image Processor works in concert with the sensor to provide images with low noise and rich color depth. The processing power of the DIGIC DV 4 enables the simultaneous encoding of video to different codecs and bit rates for recording to two separate SD cards at the same time.

Canon Auto Focus (AF) features include natural-looking medium speed, instant, and face detection AF, which can significantly reduce the effort required when shooters need to keep a particular face in focus in a jostling crowd or similar situation.

The 3″, 1,230,000-dot touch panel view screen enables rapidly moving through and selecting menu settings. The color EVF is 0.24″ with 1,560,000 dots of resolution and tilts up to 45° to accommodate different shooting positions.

The XA11 features an AV mini terminal for composite video (and audio) via a four-pole 3.5mm mini-jack, as well as a Mini HDMI port that delivers video and audio, allowing you the option of superimposing timecode over your video.

Engaging the Infrared (IR) shooting mode moves the IR Cut filter out of the optical path for shooting in extreme low-light conditions. An IR emitter built into the detachable top handle provides an IR source, and the built-in IR diffuser helps prevent IR hot spots on the subject. In IR mode, you can select from the traditional green-hued IR image or the default setting, which produces a black and white image.

The detachable top handle contains the audio controls and external XLR audio inputs, as well as a tally light, the infrared emitter, and an accessory shoe. You can remove the top handle from the camera to create an even smaller shooting package. 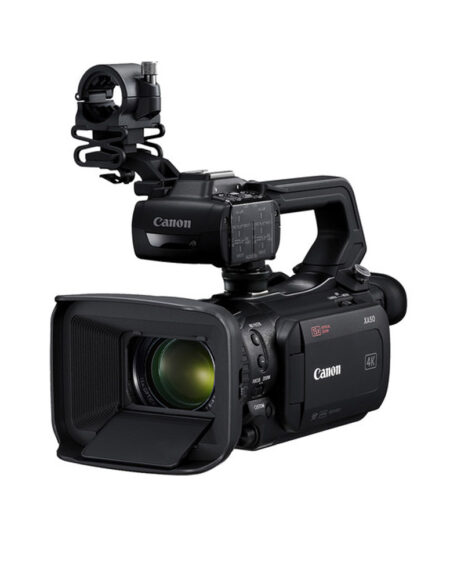 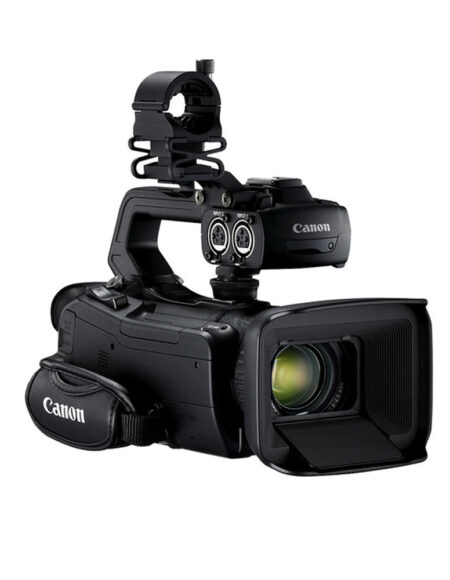 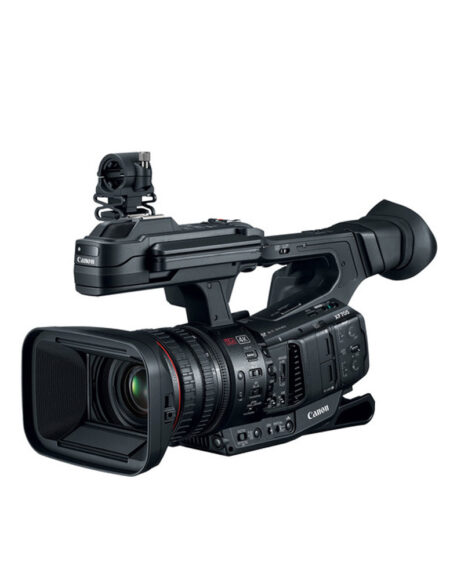 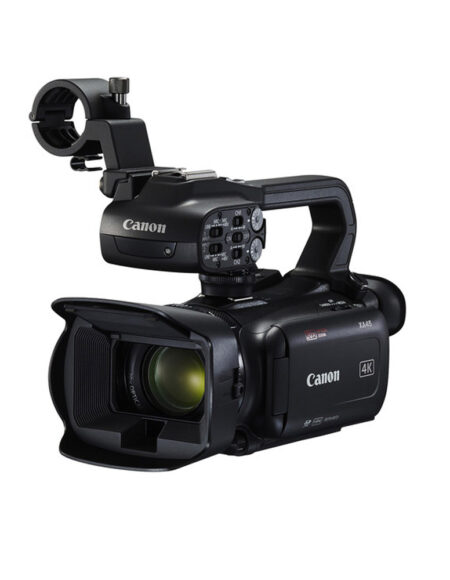 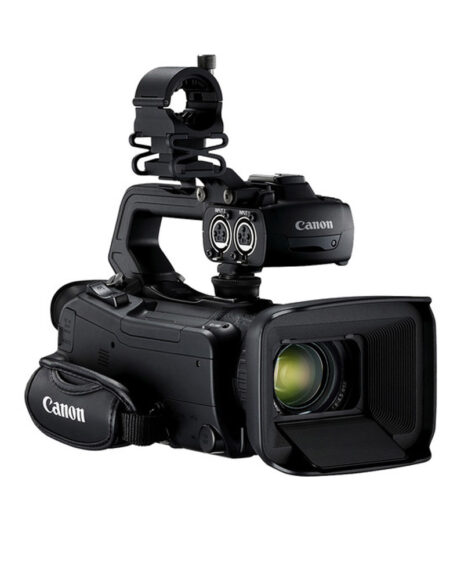 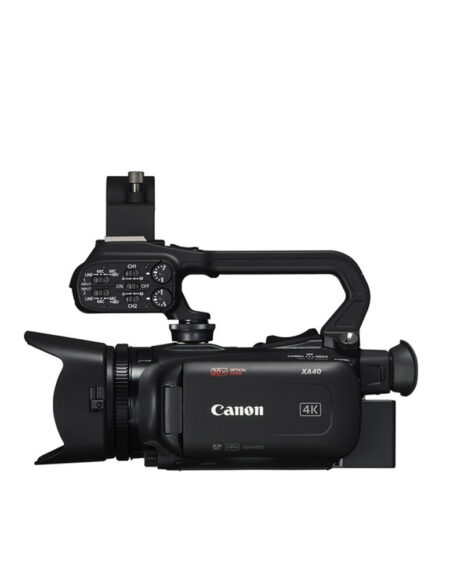