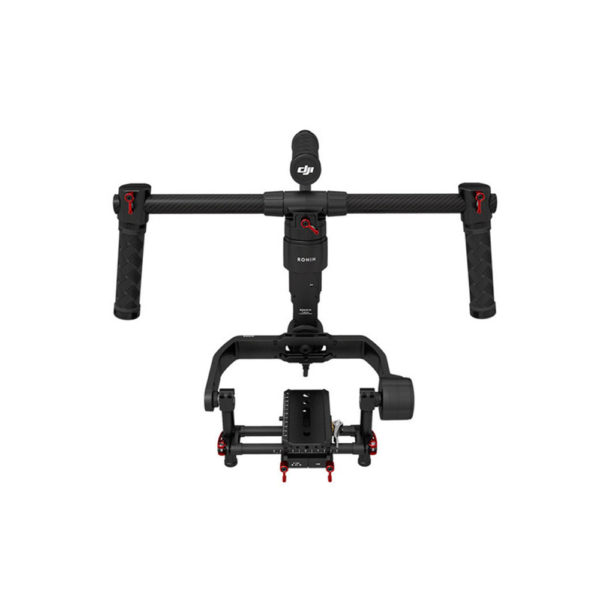 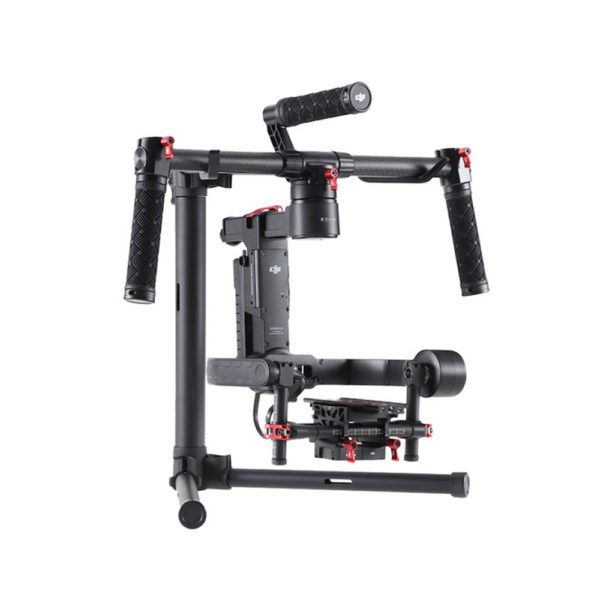 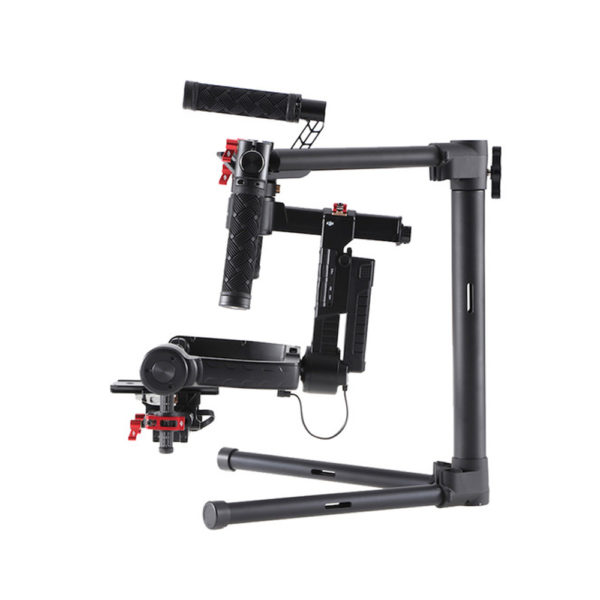 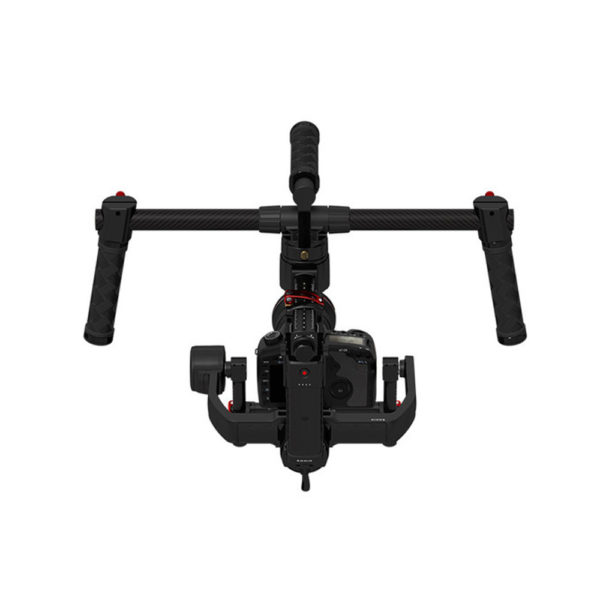 The Ronin-M 3-Axis Handheld Gimbal Stabilizerfrom DJI is a camera stabilization system designed to give the operator close to the freedom of unencumbered handheld shooting but without the hand-shake. Suitable for most camera types and configurations up to 8 pounds, the Ronin-M uses brushless motors that work on three axes: one for side-to-side “roll” – keeping the horizon level – one for tilt, and one for pan. The system is computer-controlled and features a tilt range of 105° up / 165° down plus a roll range of ±110°. Furthermore, the system boasts a precision of control of ±0.02°, enabling precise camera moves and stability correction against even very fine movements. In addition to handheld shooting, the gimbal can be used in vehicle mounting scenarios and other contexts where vibrations or other abrupt movements would make tripods and rigid camera support systems unsuitable.

The Ronin-M supports dual-operator shooting, much like working with a jib that has a motorized pan/tilt head. In this mode, a second operator would use the included transmitter (radio controller) to manually control camera pan and tilt independently of which way the Ronin-M itself moves. The included transmitter/receiver system operates on 2.4 GHz and is proprietary. If you prefer to use a third-party transmitter there is a D-Bus port on the Ronin-M to install your own receiver.

As with sled and vest style stabilizers, motorized gimbal systems require balancing before use. Once balanced, you can configure the Ronin-M for your particular camera arrangement using the Assistant Software for compatible iOS and Windows (Desktop) devices with Bluetooth. Because every camera and lens combination has a different mass and weight distribution, there is an ATS (Auto Tune Stability) procedure in which each axis will adjust individually, repeating the process until all three are aligned. A gimbal tuning stand is provided so you won’t have to hand-hold the rig during this process.

The included 4S lithium-ion polymer battery powers the Ronin-M for up to six hours. It is a “smart” battery, meaning power regulation and protection circuitry is built-in and there is no separate balancing lead, unlike many lithium-polymer batteries. A charger is also included, and it is important to always use chargers designed for the Ronin-M battery because of the smart circuitry. Two 12V DC PowerTaps and one USB power port on the camera base allow you to power on-camera accessories directly from the Ronin-M battery to simplify your charging regime and avoid unnecessary added weight.

For Cameras Up to 8 lb

The Auto Configuration feature means the Ronin-M can adapt to a range of camera sizes, and is ideally suited for compact video cameras, mirrorless cameras, and DSLRs. It is suitable for payloads up to 8 pounds.

After balancing the camera with a simple tap of the ATS (Auto Tune Stability) button, Ronin-M will be automatically tuned for the mass and weight distribution of your camera rig. The gimbal will intelligently adjust parameters based on the camera rig’s weight and independently adjust each of the three axes until an optimal setting is found.

Upright Operation Mode
Upright Mode allows the gimbal to be flipped over so the camera can be operated closer to eye level without straining to lift the gimbal. This can be used in various situations, such mounting on the top of the vehicle.

Underslung (Suspended) Operation Mode
Suspended Operation Mode is the standard operation mode for Ronin-M. Low slung, close to the ground, or simply holding the gimbal in front of you offers stabilized handheld footage. This mode would also be used when mounted the gimbal on a flying platform such as a multirotor RC helicopter.

Briefcase Mode
When a slimmer gimbal profile is needed – such as when moving through doorways or narrow paths – Briefcase Mode is ideal. It allows the gimbal to be held to the side and close to the legs, much like a briefcase.

Featuring the form factor of an RC aircraft radio controller, the 2.4 GHz Ronin transmitter provides pan and tilt control as well user-assignable speed settings and operation modes via two toggle switches. This allows one operator to hold the gimbal assembly while a second manually controls camera movement remotely. If you would rather use a third-party transmitter a D-bus port is provided as well.

Single thumb control is possible for the Ronin-M Handheld Gimbal System. These Pan and Tilt movements are controlled via the optional Thumb Controller attachment, available separately. Additionally, SmoothTrack Mode can be turned on or off using the Thumb Controller interface.

Assistant Software for Mobile and Windows

The software can interface via USB or wirelessly over Bluetooth

A built-in balance adjustment system means no tools are needed for setup and adjustment, saving time when changing the setup for different camera arrangements.

Beside the handle bars, the gimbal unit can be detached for mounting on jibs, cranes, tripods, vehicle mounts, and other types of camera support equipment (additional mounting hardware, available separately, may be required).

Increased rigidity is provided by a single, complete piece of fine-tooled magnesium that forms the U-shaped arm holding the camera plate. This unified design helps eliminate imperfection common in systems made of multiple pieces assembled together. The arm gives you not only greater stability but also reliability, as there is no potential for separate pieces to come loose or move apart

When shooting indoors or in tight spaces, Silent Mode reduces the sound of each motor as low as possible. The Ronin-M’s stabilization algorithms are updated to focus on minute changes and stabilization, helping ensure the sound of the motors is not recorded by sensitive microphones or other recording equipment

Providing an estimated 6 hours of run time (depending on use), the proprietary Ronin-M battery system is designed for easy changes in the field and charges using a dedicated charger that is included. The batteries feature indicators so remaining power can be checked directly on the battery itself. Unlike may lithium-polymer batteries, with the Ronin-M Smart Battery, overcharge and over depletion protection is built-in, as is individual battery cell charge balancing.

Two regulated 12V DC PowerTaps, one 500mAh type A female USB connector, and also a connection point for the DJI Lightbridge Long Range HD Video Downlink are provided. These provide power connection for various accessories, including motorized follow focus systems, video transmitters, and more – all while keeping the wiring to a minimum.

Designed to save time breaking the system down or transporting it between locations. Removing the handle bars can also be useful to reduce size when filming in tight locations.

Based on Zenmuse Technology

Ronin-M Battery (Note: the Ronin Battery (3400mAh) is not compatible) 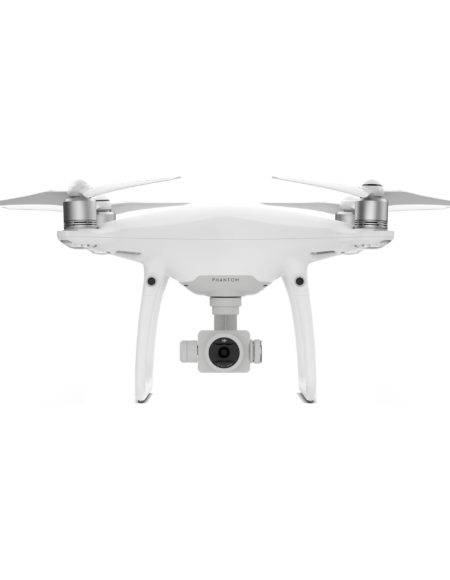 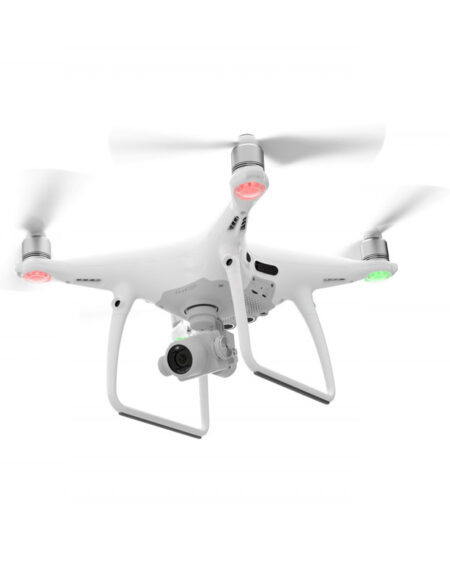 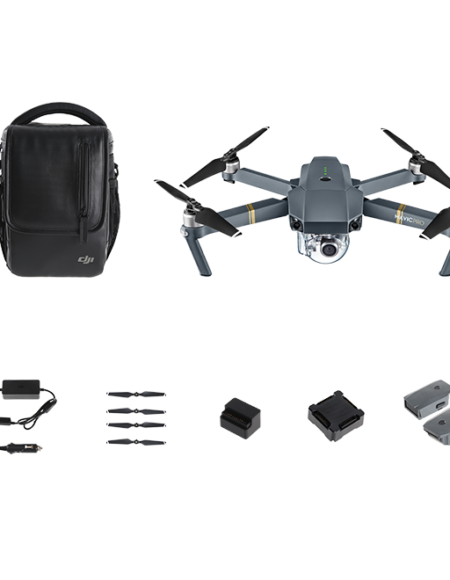 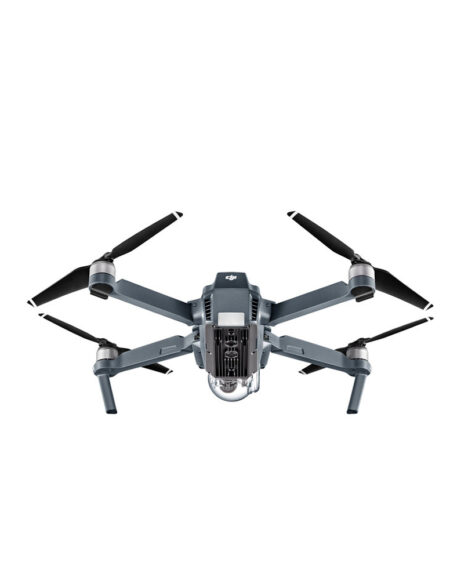 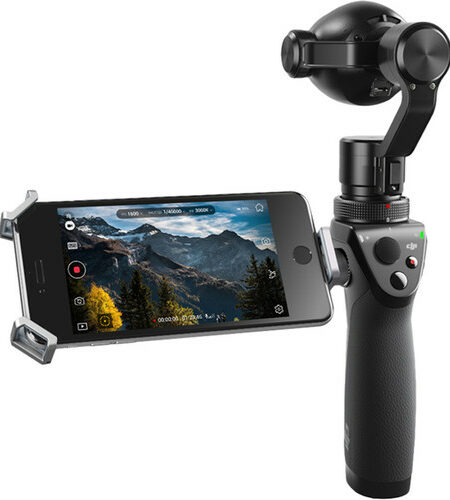 Motion without blur. Action shots without shake. Perfect video even when you move. Thanks to advanced technologies specifically designed to keep the camera flat no matter how you move it, the DJI Osmo helps you record videos and take photos like never before. It is much more than just a camera. It helps you create with more freedom than ever. 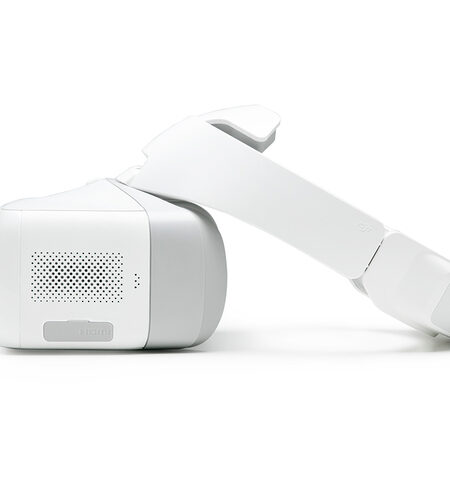 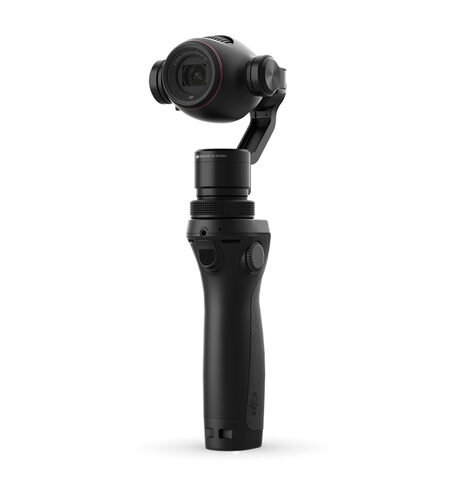