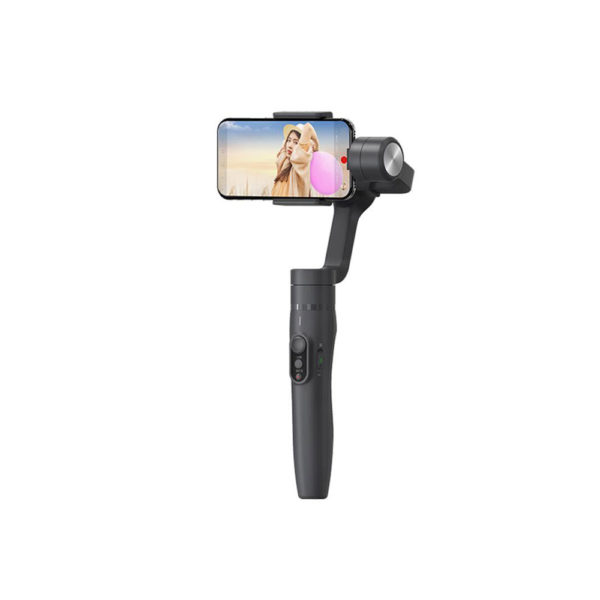 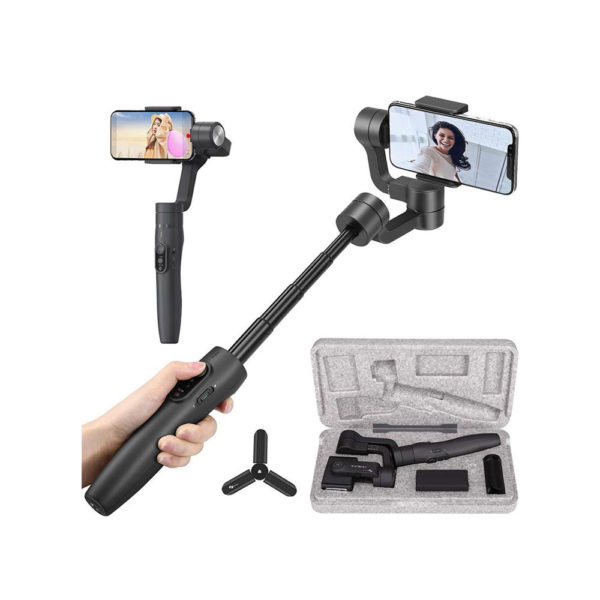 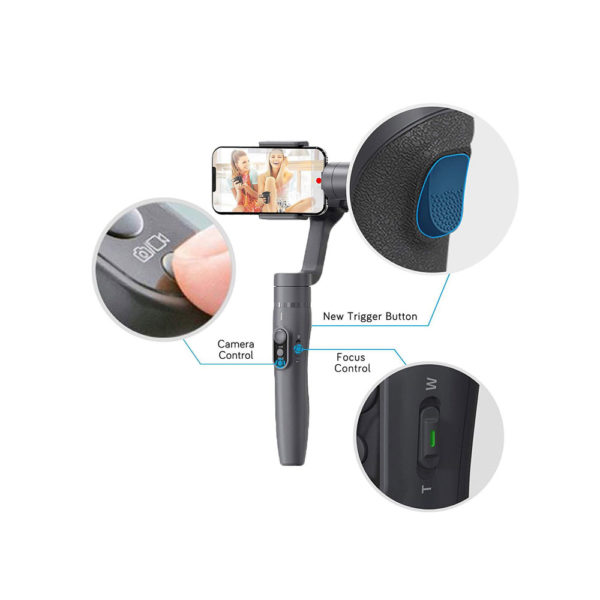 The Feiyu Vimble 2S provides motorized pan, tilt, and roll motion control for smartphones and is also capable of telescoping out an additional 7.2″. It can extend this way whether the gimbal is turned on or off, allowing you to capture selfie video in either case. The extra length also lets you shoot from various creative angles. The gimbal features a 320° rotation range on the pan, tilt, and roll axes. The roll axis can also rotate a full 320° in All Follow mode, which allows for POV capture. Supported phones included the iPhone 11 and Samsung Galaxy S10. The iPhone 11 Pro Max is not compatible because it exceeds the load capacity. The mounting platform can be set up to support your phone in landscape or portrait mode.

A built-in battery provides up to 12 hours of runtime and is rechargeable via an included USB cable. It can even be charged during operation. A portable USB power bank would be ideal for this. Via the onboard micro-USB port, the Vimble 2S can also charge your smartphone using one of the three included charging cables. It can provide about two hours of charging while the gimbal is in use.

The companion Feiyu ON iOS/Android app syncs up with your phone to allow various controls directly from the gimbal buttons, including zoom control and record start/stop. This capability is especially useful when you have the gimbal extended for selfie capture. The app also lets you set up motion time-lapse sessions. A desktop tripod is included for setting the gimbal down between shoots. This mini tripod can also be used as an extension handle attached to the bottom. The gimbal and all its accessories can be stored in an included carry bag. 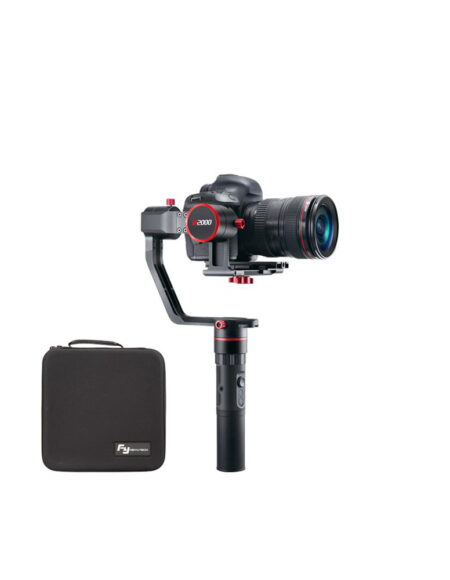 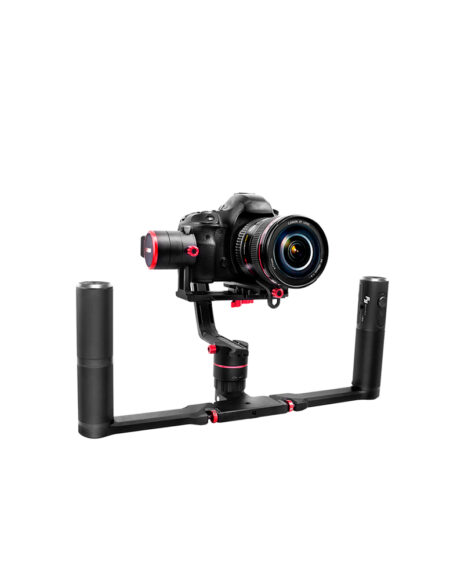 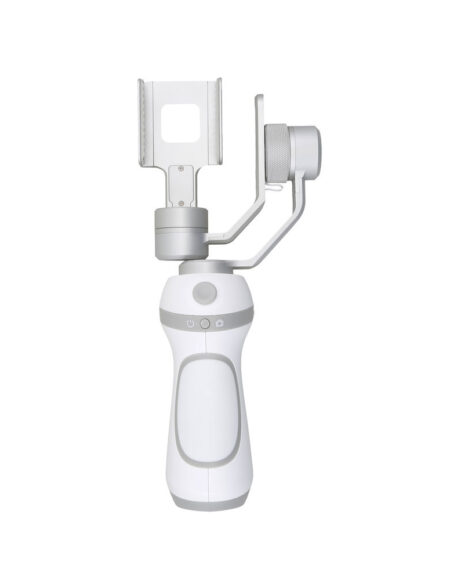 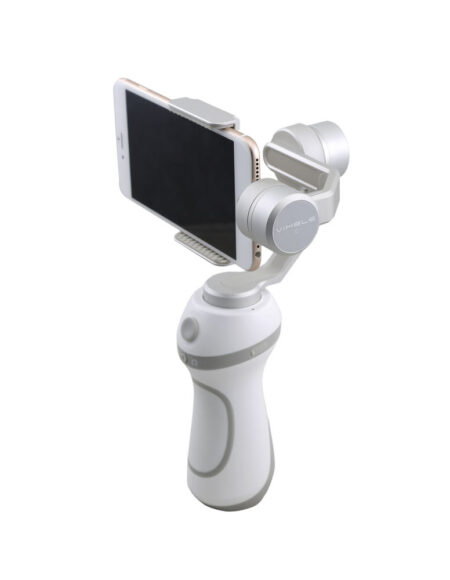 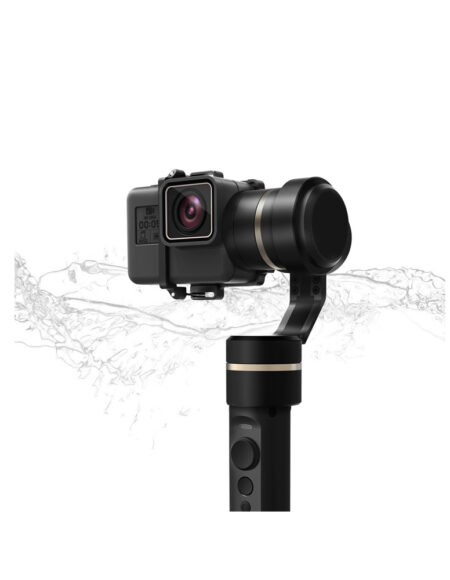 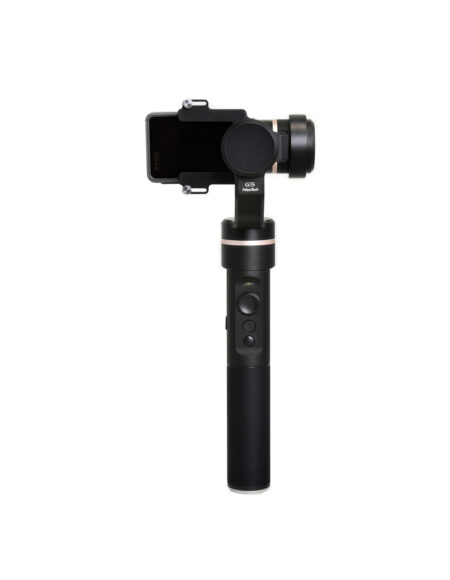 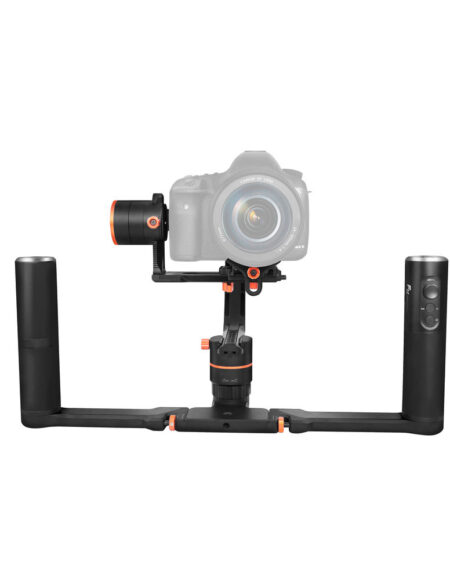 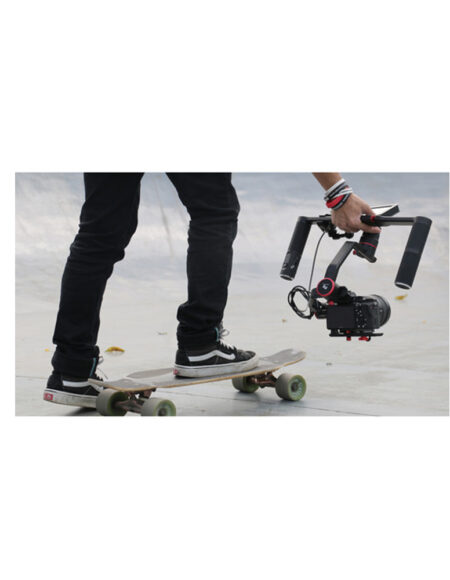