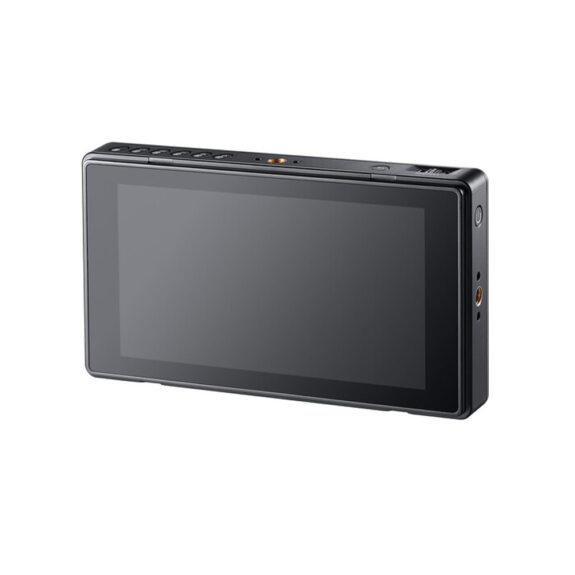 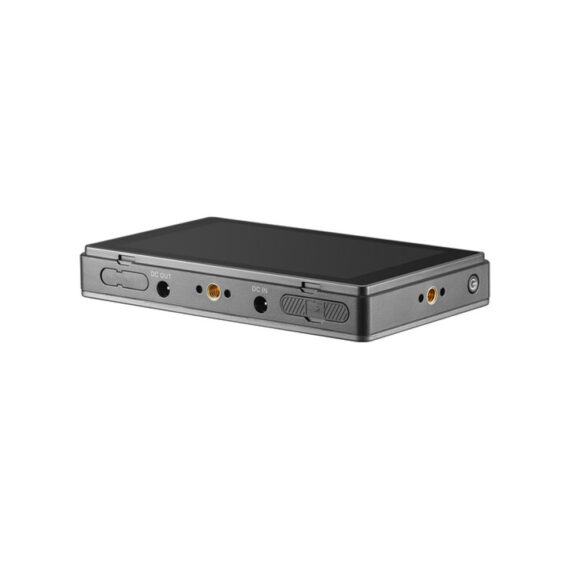 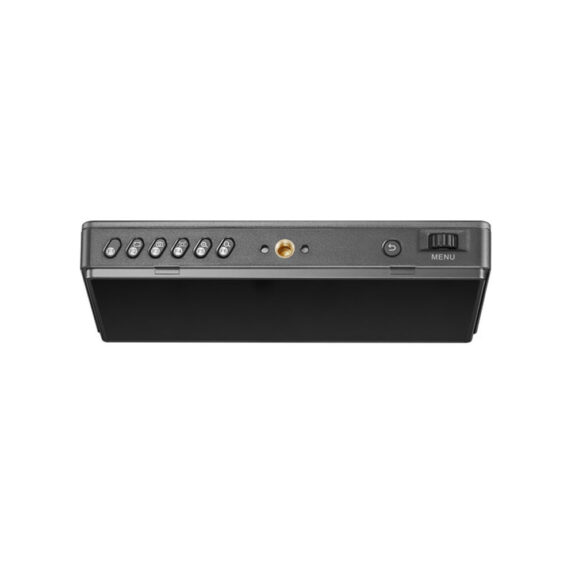 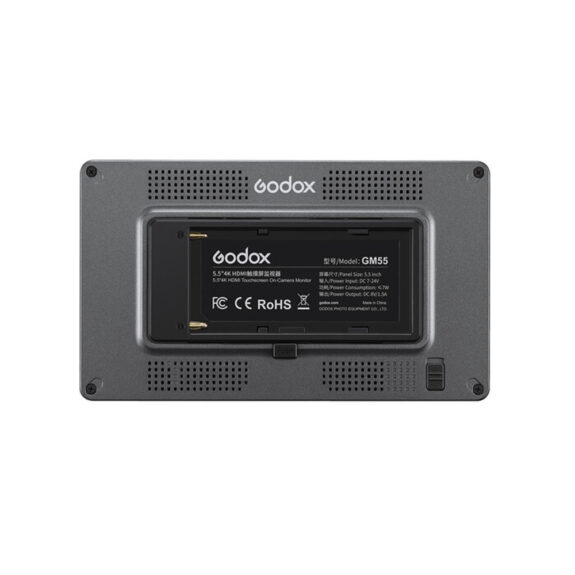 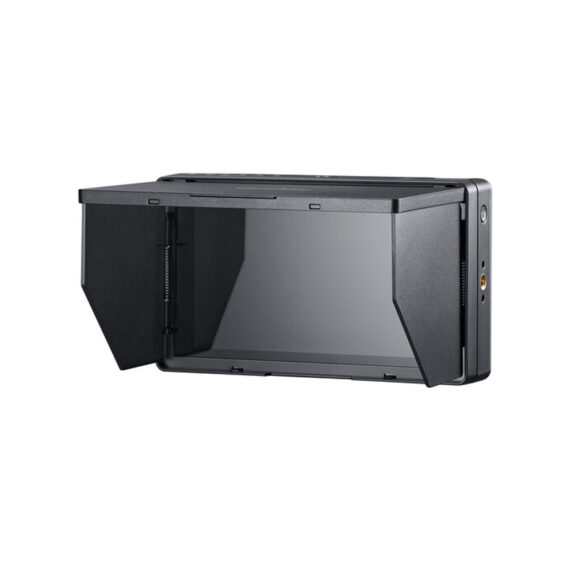 The GM55 allows you to import up to 25 3D LUTs via an SD card slot, which has a protective cover over it just as there is over the camera control port (the SD slot is for LUT import only). The extensive software features of the GM55, such as false color and vectorscope, can be adjusted by touchscreen via a simple interface with headings on the left side and adjustment points on the right. These allow you to monitor focus, exposure, and other factors in more detail. The menu can also partly be controlled by a scroll wheel on top. Six function buttons are provided on the top as well, which can be loaded with the software monitoring features of your choice for quick recall. Three 1/4″-20 mounting ports are provided, on the top, bottom, and right side, allowing for horizontal and vertical mount. A shoe mount adapter is included for attaching the monitor to your camera’s hot shoe or to a cage with a shoe mount. A slim, collapsible sun hood is also included and snaps onto the monitor to block sunlight in outdoor environments. 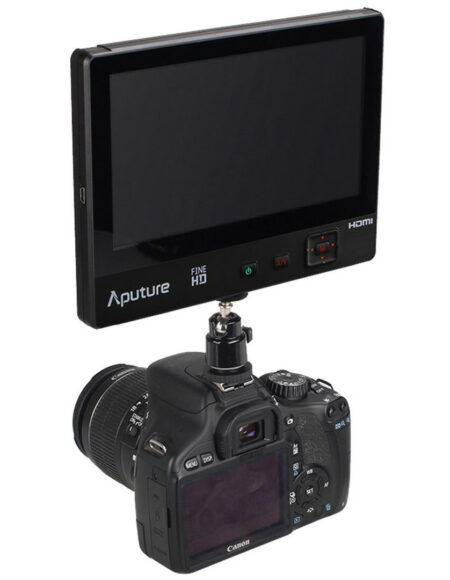 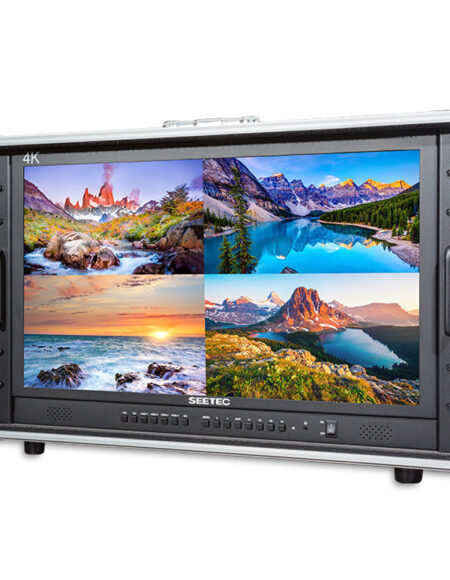 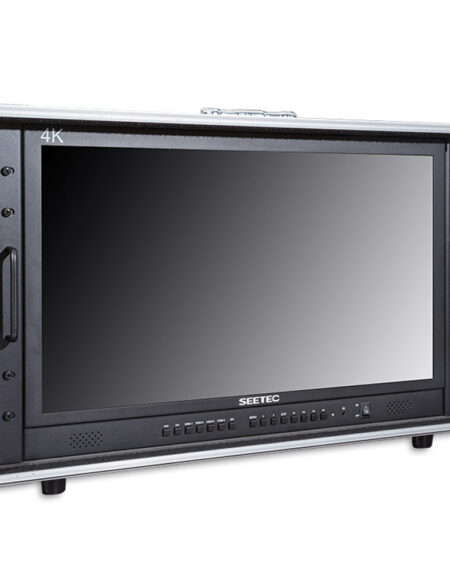 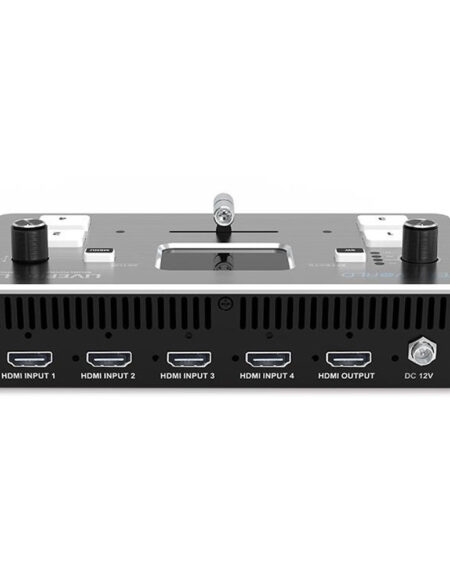 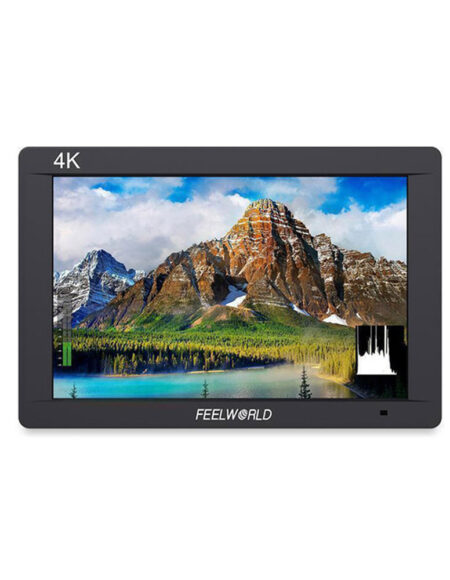 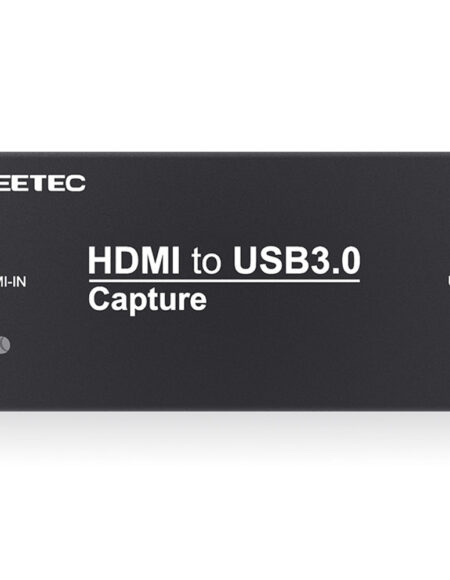