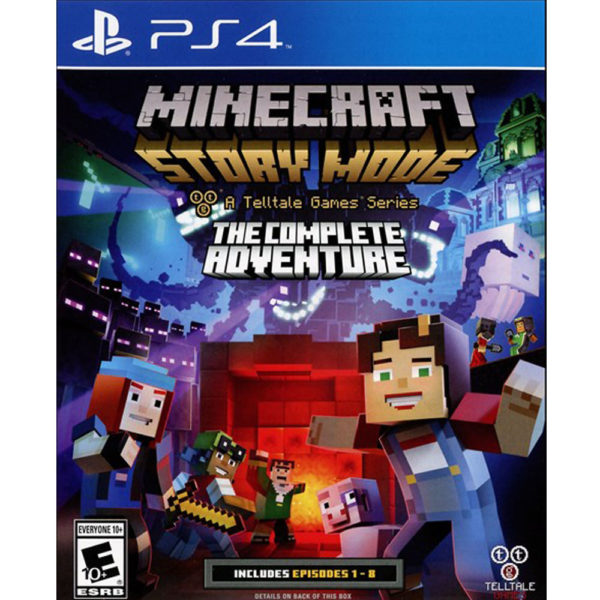 The blockbuster video game Minecraft is finally getting a story! In this stand-alone action-adventure game, you control Jesse (voiced by Patton Oswalt), an adventurer in the world of Minecraft. When the world is threatened, Jesse and his friends set out to find the Order of the Stone – a group of adventurers who once killed an Ender Dragon. The Order of the Stone includes a Warrior, a Redstone Engineer, an Architect, and a Griefer – they are the only hope to save the world. Developer Telltale Games worked closely with the creators of Minecraft at Mojang to keep it as “Minecrafty” as possible, which means a unique blocky look and that low-tech feel. With its humorous tone and choice-based story, Minecraft Story Mode: The Complete Adventure promises to give gamers a new take on a much-loved game. Includes all eight episodes on one disc.