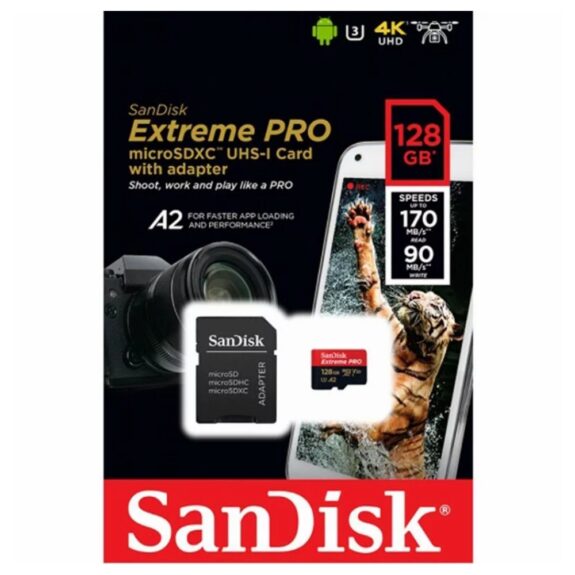 Designed for microSD devices such as smartphones, interchangeable-lens cameras, drones, or GoPro action cameras that can capture Full HD, 3D, and 4K video, as well as raw and burst photography, the 128GB Extreme PLUS UHS-I microSDXC Memory Card from SanDisk has a capacity of 128GB, is compatible with the UHS-I bus, and features a speed class rating of V30, which guarantees minimum write speeds of 30 MB/s. If your device does not support the V30 standard, this card also supports the U3 standard, which also guarantees minimum write speeds of 30 MB/s. Read speeds are supported up to 170 MB/s and write speeds max out at 90 MB/s.

Aside from support for UHS-I, V30, and U3, SanDisk also built this card with support for the Application Performance Class 2 (A2) spec, which includes optimizations to give Android users an improved mobile experience, delivering faster mobile app performance. The A2 spec allows the card to manage random read input-output access per second (IOPS) operations so it can quickly open apps and process accompanying tasks, such as audio, graphics, saved profiles, and in-app permissions.

As with most SanDisk media, this memory card is shockproof, X-ray proof, and waterproof, while also being able to withstand temperatures, allowing you to take this card with you into extreme environments. Should the card’s data become compromised, you also benefit from the option to download RescuePRO Deluxe software, and SanDisk’s Memory Zone app offers users a simple way to organize, browse, and back up files on their Android mobile device. Included is a microSD to SD adapter, allowing this card to be used in SD-compatible devices. 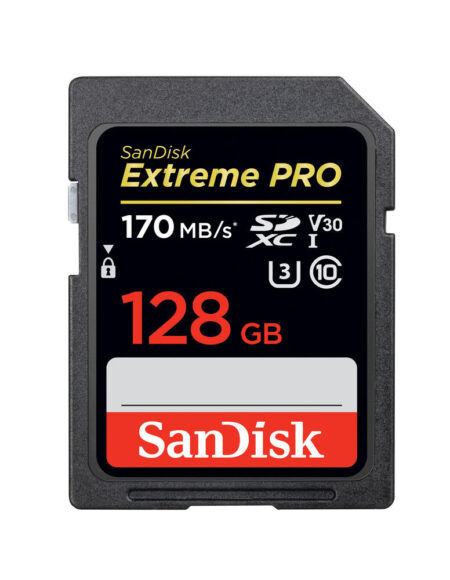 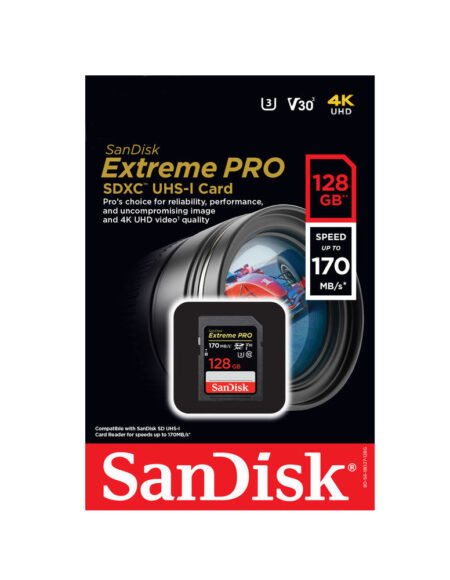 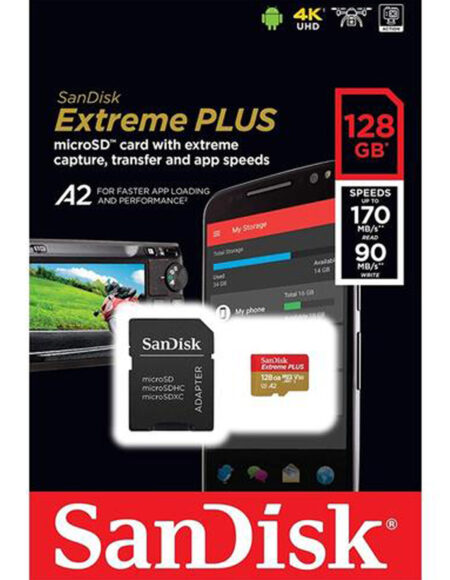 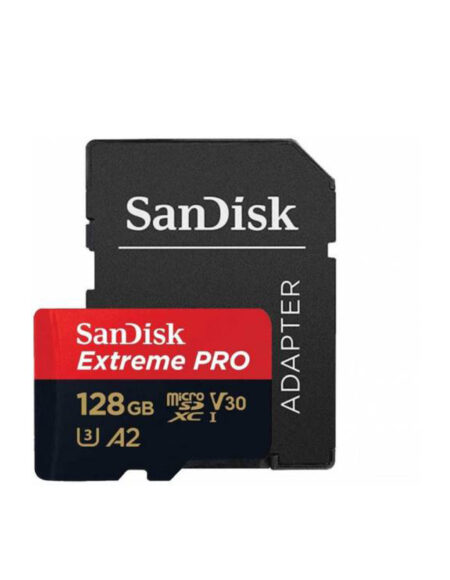 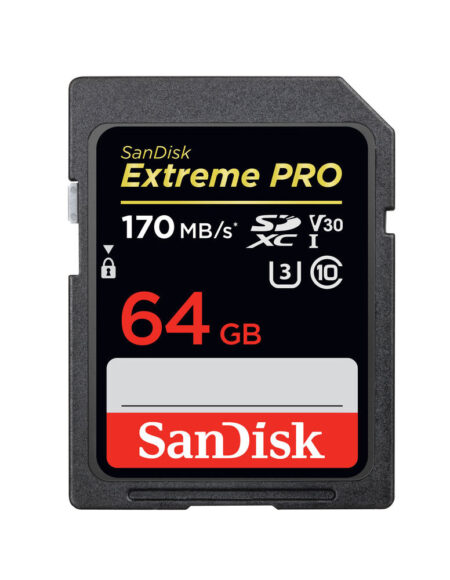 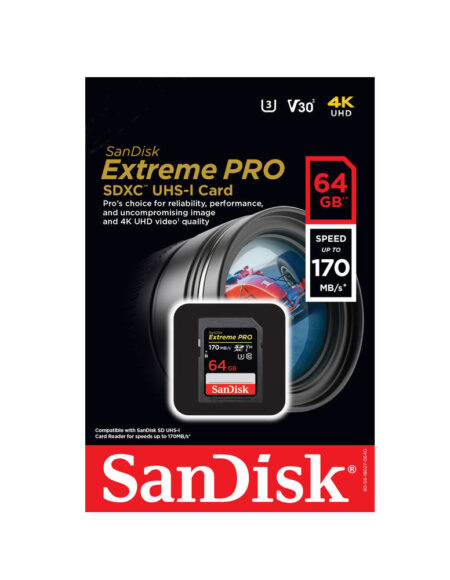 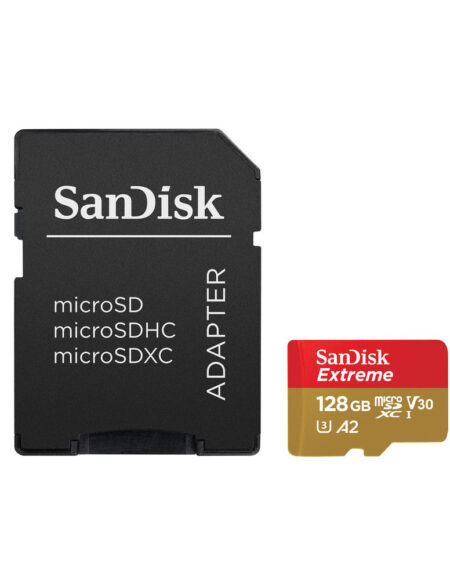 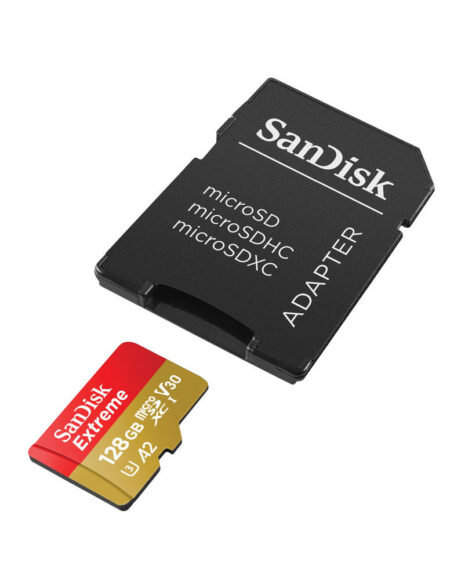 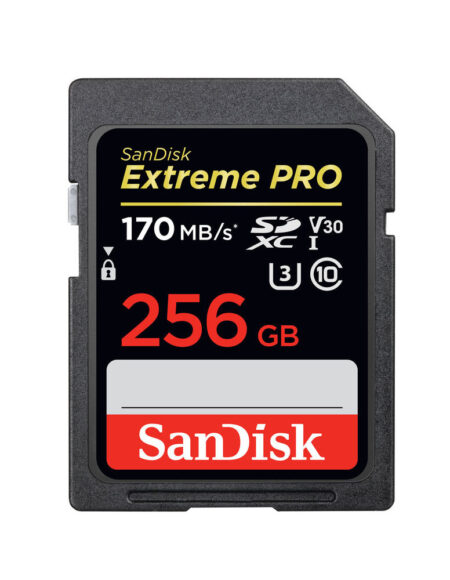 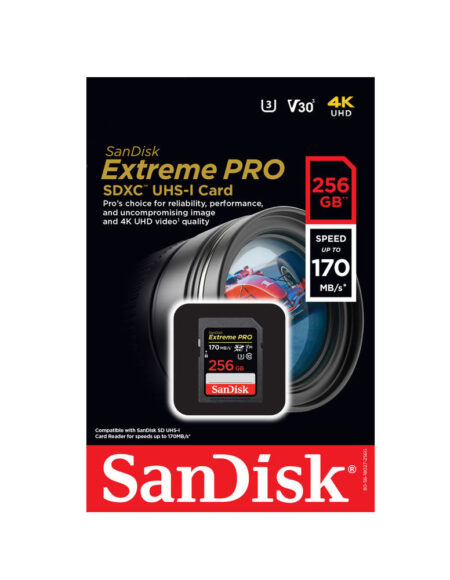