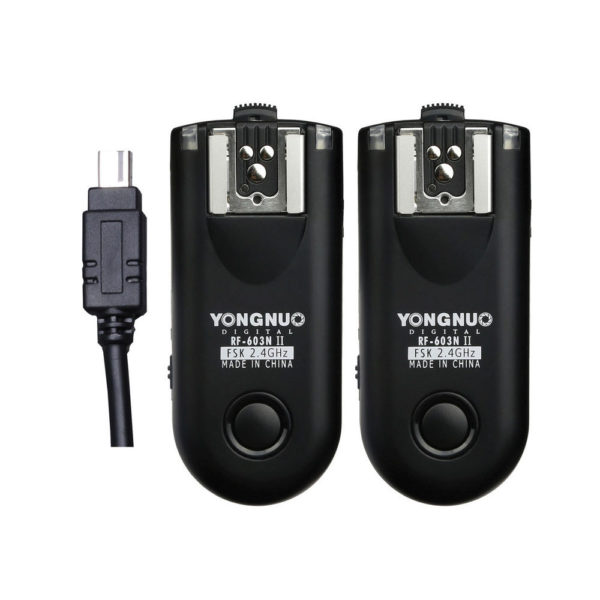 This RF-603N II Remote Flash Trigger Kit from Yongnuo features two 16 channel, 2.4 GHz transceivers as well as a shutter release cable for remote triggering of Nikon cameras with a DC2 connection. Each transceiver has a male camera shoe on the bottom as well as a female hot shoe on top for triggering a flash unit. The system has a wireless range of 328′ and can sync at speeds up to 1/320 second. Additionally, it has a dual-function shutter release with half-press and full-press capabilities.

The transceivers can be placed in either single transmit or transceiver modes depending on your needs and can wake up flash units and cameras. Also, it has 2.5mm and PC sync ports for using additional cables in order to connect studio flashes or to different cameras. This kit comes with a shutter release cable for the DC2 connection. Also, each trigger runs on 2 AAA batteries. 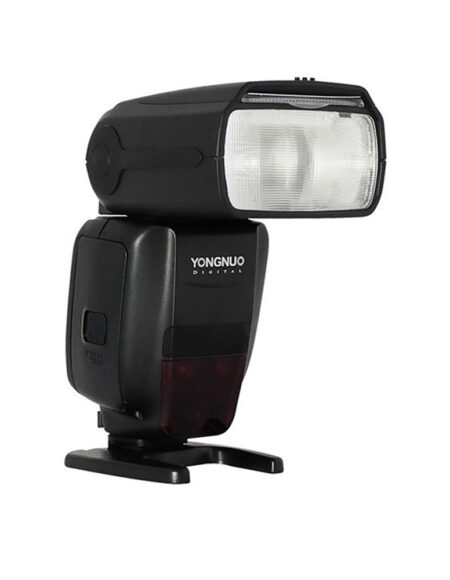 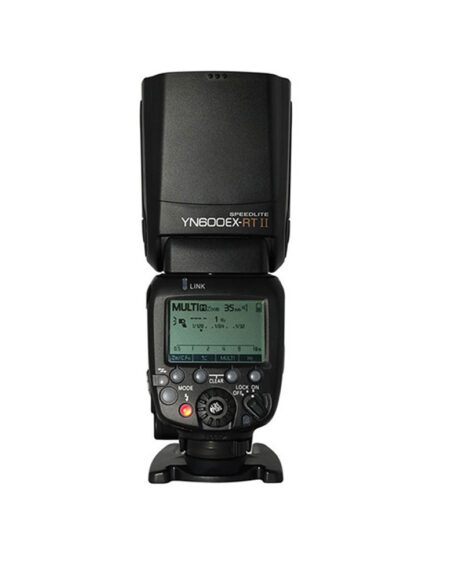 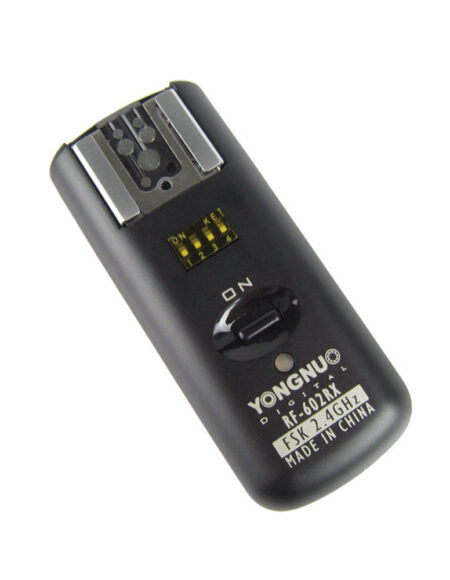 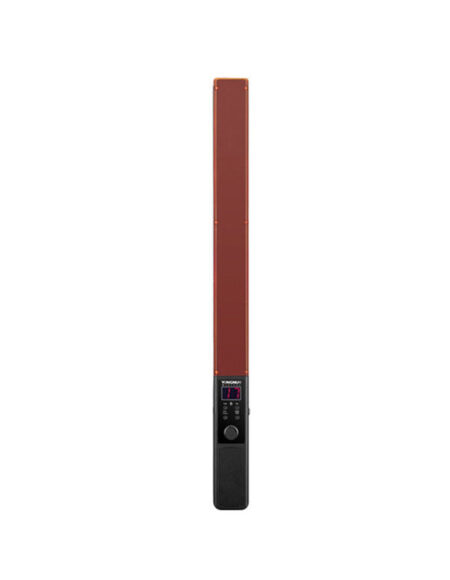 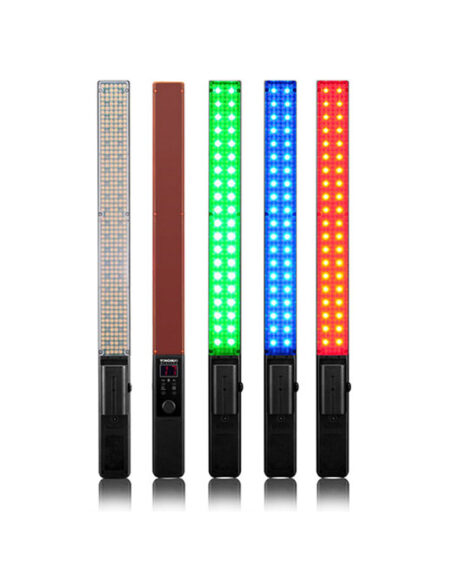 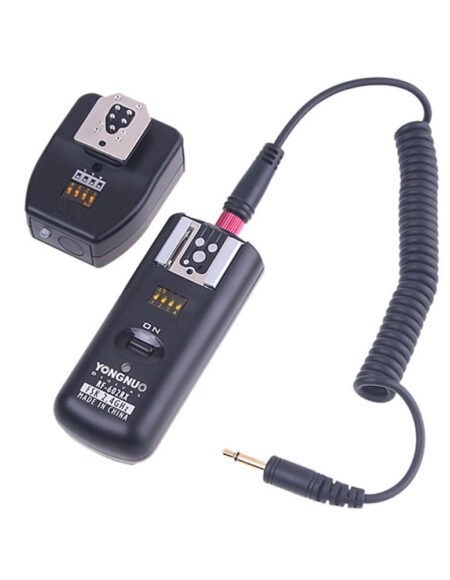 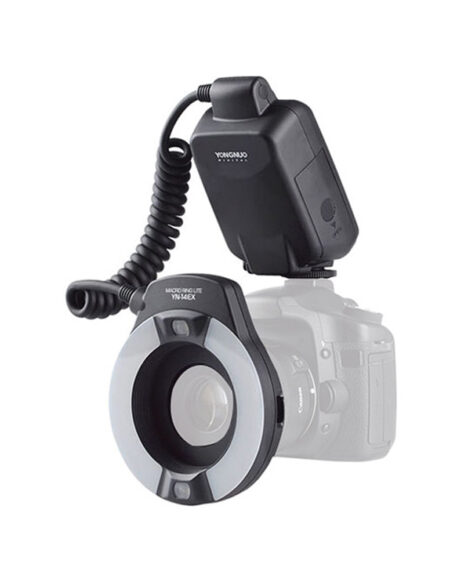 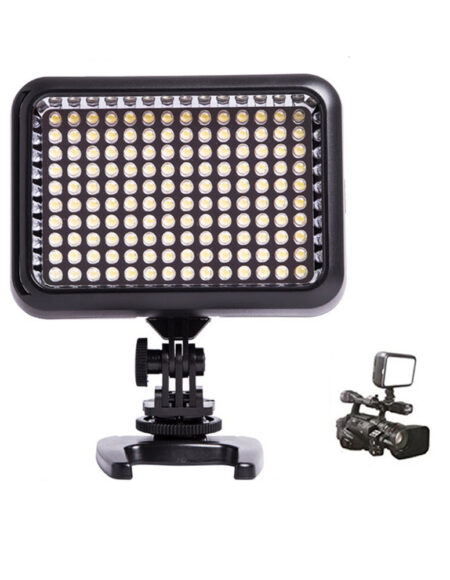 The brand new YN-1410, another standard LED array produced by Yongnuo, is smaller than the YN-160 series but can still run on Sony-type lithium batteries. Power is dimmable down to 1/16, and there are two filters included—one CTO and one for diffusion that slide in front of the diodes. 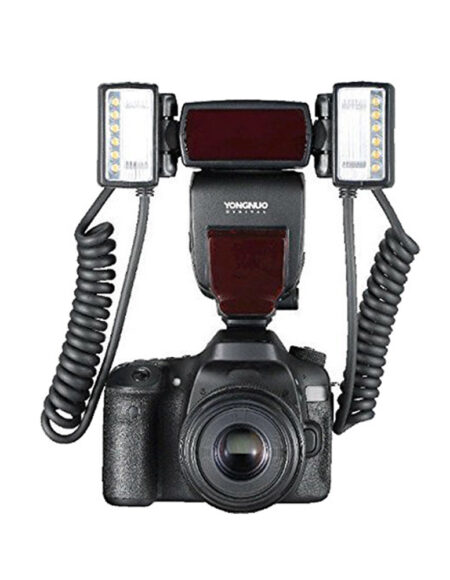 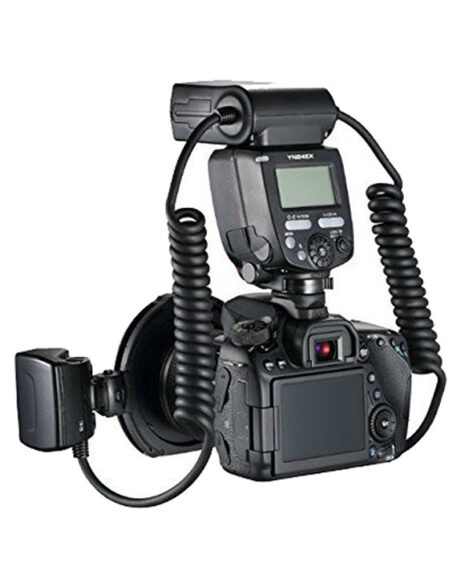