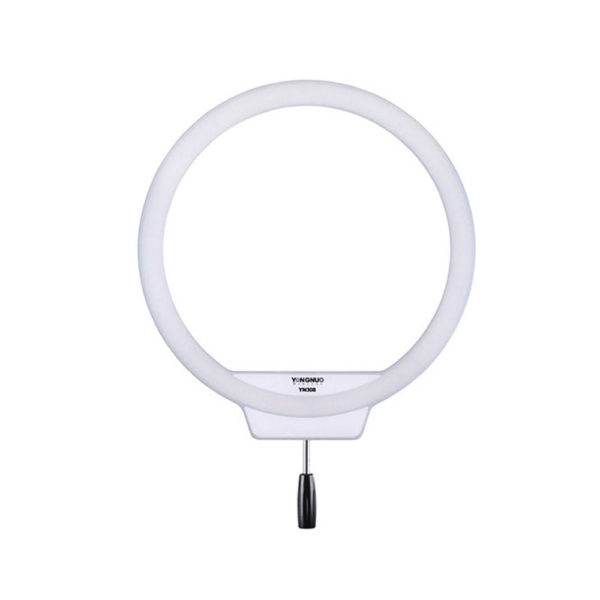 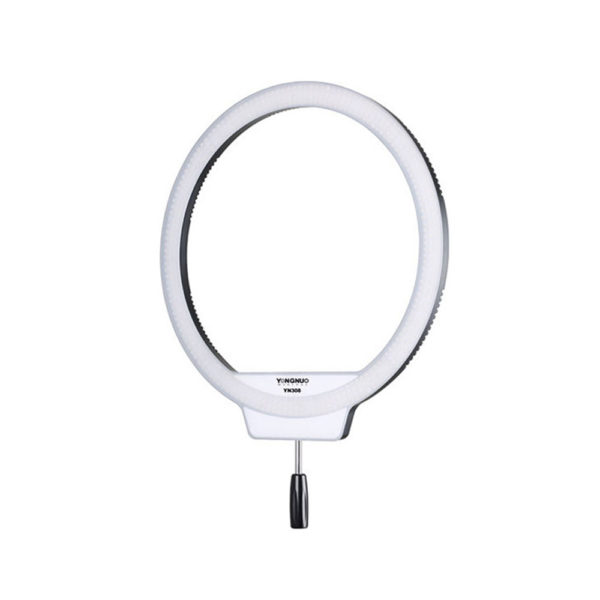 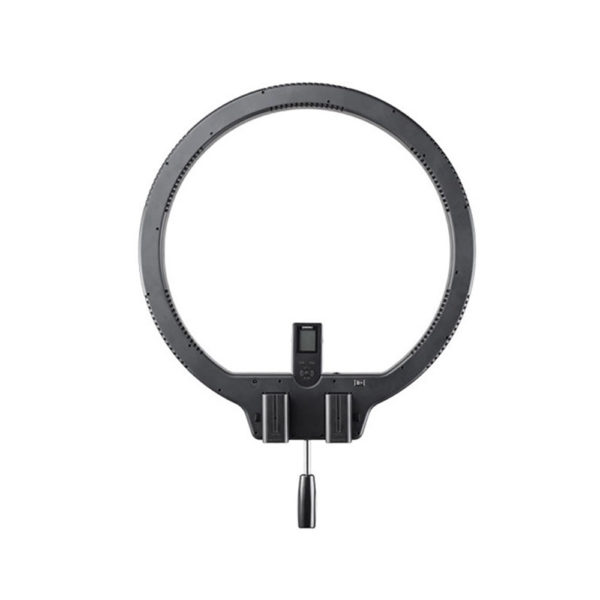 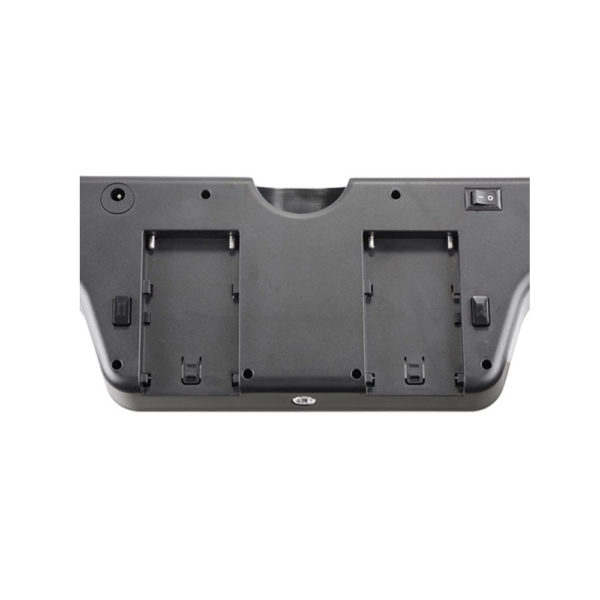 The YN-308 LED Bi-Color Video Ring Light from Yongnuo features a distinctive-shaped light fixture with a variable color temperature output from 3200 to 5500K. The fixture comes with a special grip handle for hand-holding for a very soft, slightly directional look. You can also mount it to a grip head or light stand and shoot through it for a silky smooth near-shadowless effect that is flattering to your talent’s complexion. A bonus is the unique circular shape pf the light that is reflected in the eyes of your subject.

The included remote control allows for quick lighting adjustments from a distance. For convenience on larger setups, up to eight YN-308C lights can be controlled with the RC. The fixture can be powered using an AC adapter (not included), or by two Sony NP-F750 series batteries. Please note that a single battery only powers half of the LEDs, full functionality requires either an AC adapter or two NP-F batteries (not included). Included with the light is the removable handle and a storage pouch. 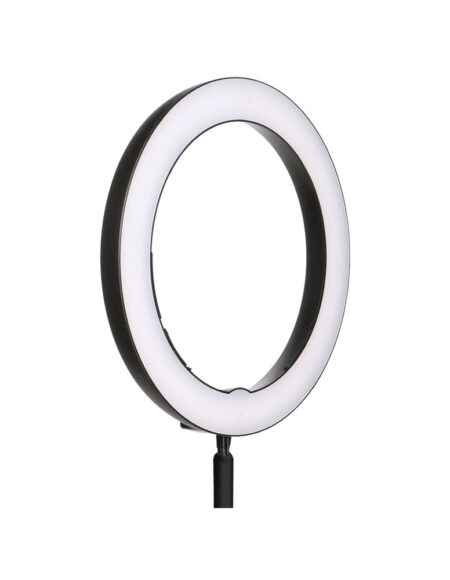 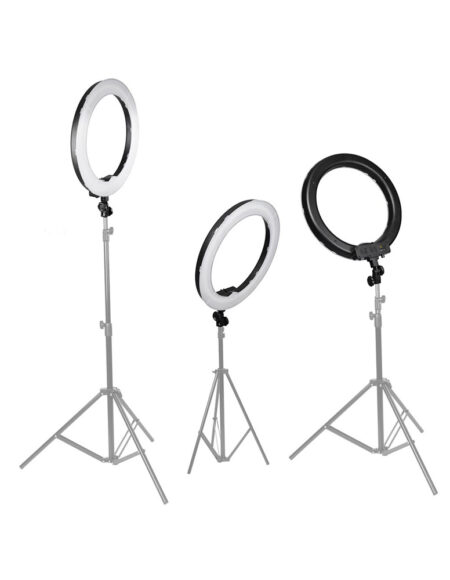 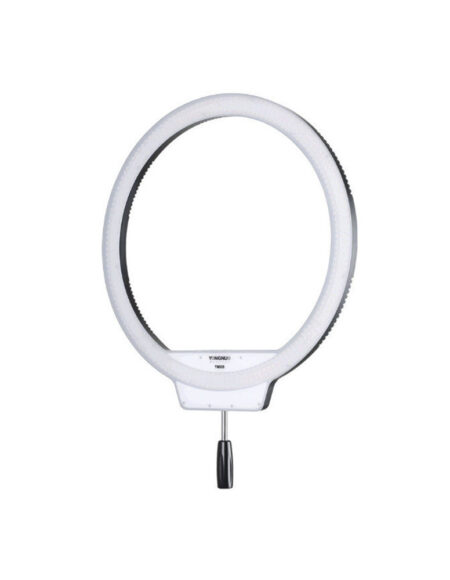 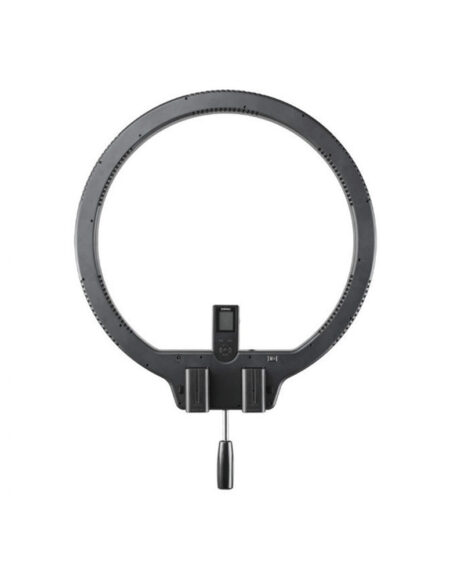