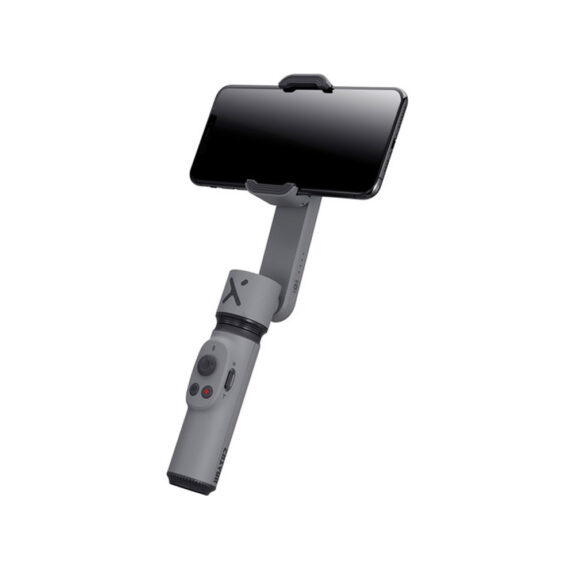 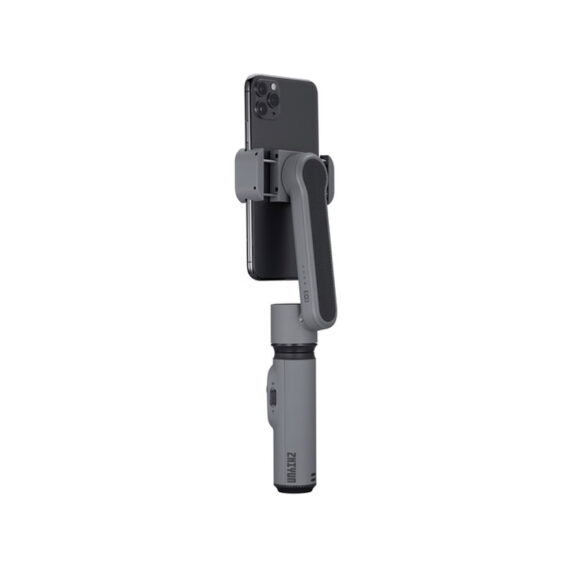 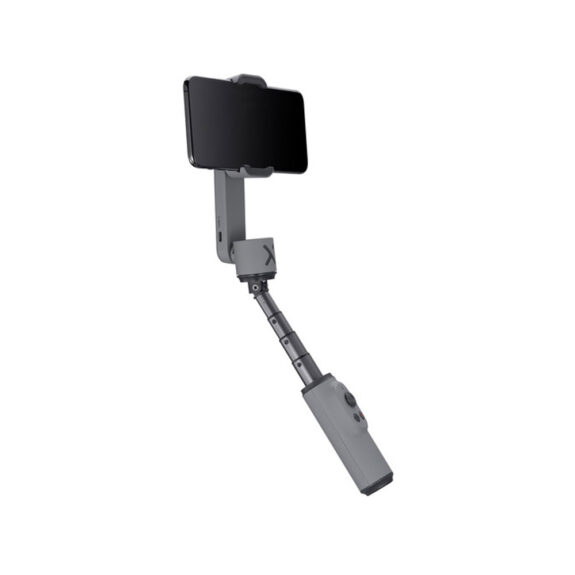 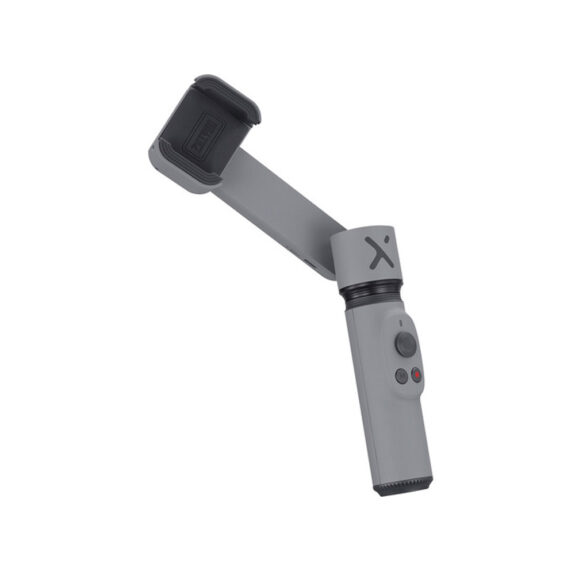 The Zhiyun Tech SMOOTH-X Smartphone Gimbal Combo Kit, in gray, includes the gimbal, a mini tripod, charging cable, and carry bag. The SMOOTH-X gimbal is ultracompact and yet made even more compact by its folding design. However, while it’s truly a pocket-size gimbal, it can also be extended out telescopically, in which case it functions as a gimbal plus a selfie stick, allowing you to capture 2-axis stabilized footage and photos, including group shots, from more angles.

The telescoping bar extends approximately 10″, bringing the total extended length of the SMOOTH-X to approximately 20″. When the telescoping bar is retracted, the gimbal measures around 10″ from end to end. It supports phones up to 3.5″ via an adjustable mount, and it allows you to position your phone horizontally or vertically, for standard as well as portrait shots. After your phone is attached, the orientation is easily switchable at the press of a button. An included battery provides 4 hours of average runtime and even up to 5.5 hours in some applications with standby.

This user-friendly gimbal comes with a companion iOS/Android app which highly expands your capabilities. The app offers slow motion, time-lapse, panorama, and other creative features, and it enables you to track a subject automatically after getting the subject in the frame. It also has basic editing functions for your captured videos. You can efficiently trim shots, add music, add subtitles, and more.

In addition to the control functions in the app, the SMOOTH-X has a physical joystick and other controls that interact directly with your phone. Moreover, this intuitive gimbal supports intelligent gesture control. This feature lets you take a photo or start recording a video by displaying a “V” gesture or waving to the camera. The gimbal battery is rechargeable using the included USB cable. The included tripod attaches to a 1/4″-20 mounting thread on the bottom of the gimbal and can be used as an extension or a stand. 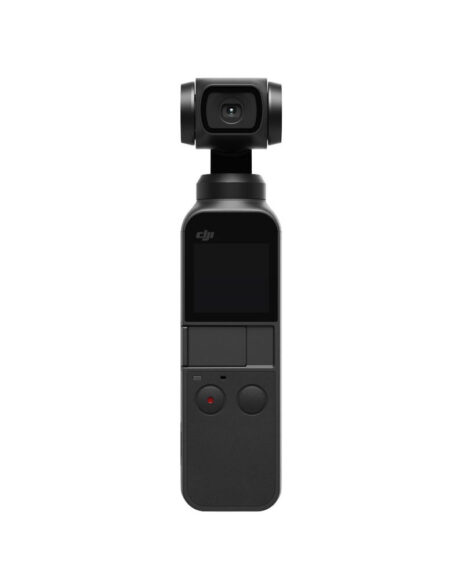 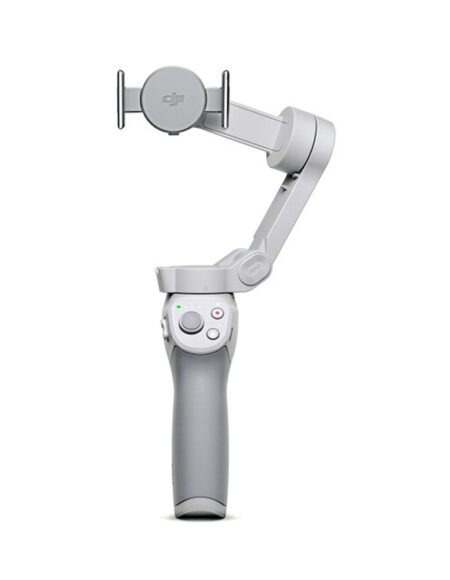 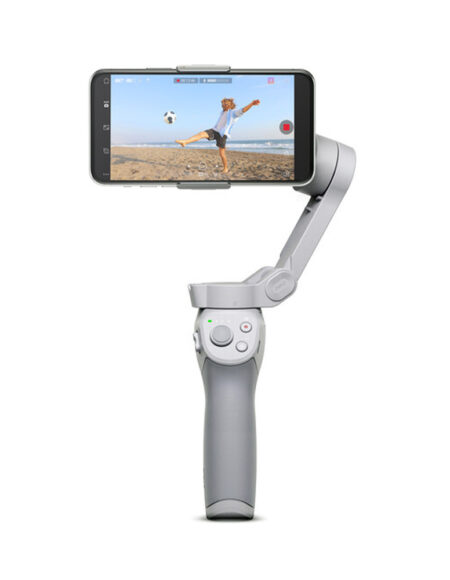 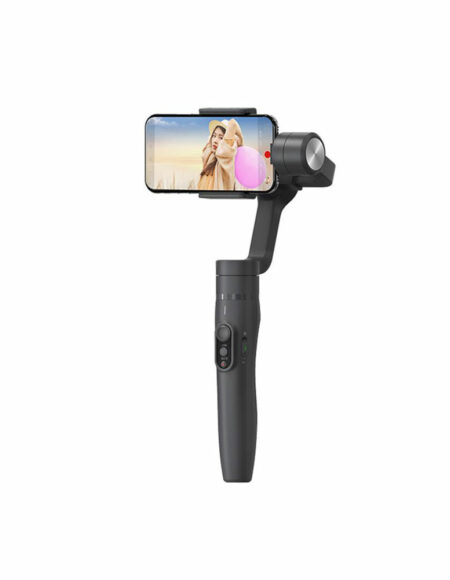 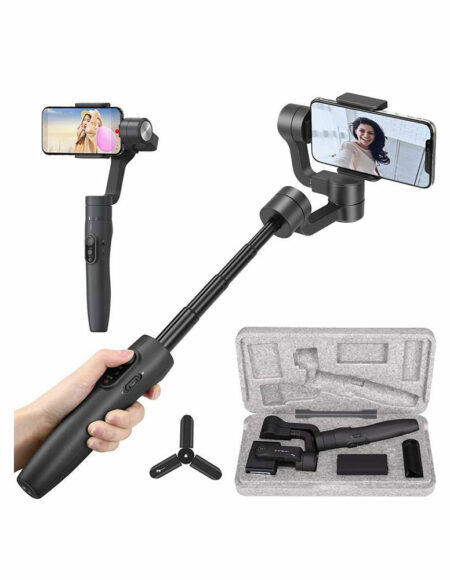 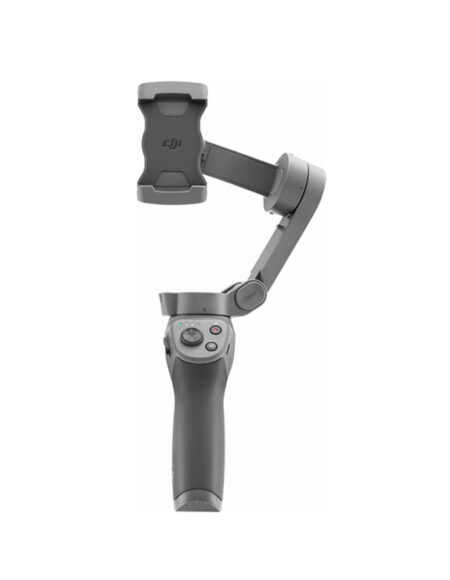 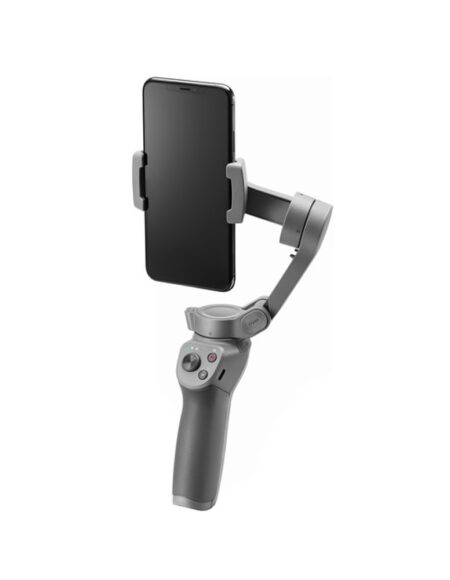