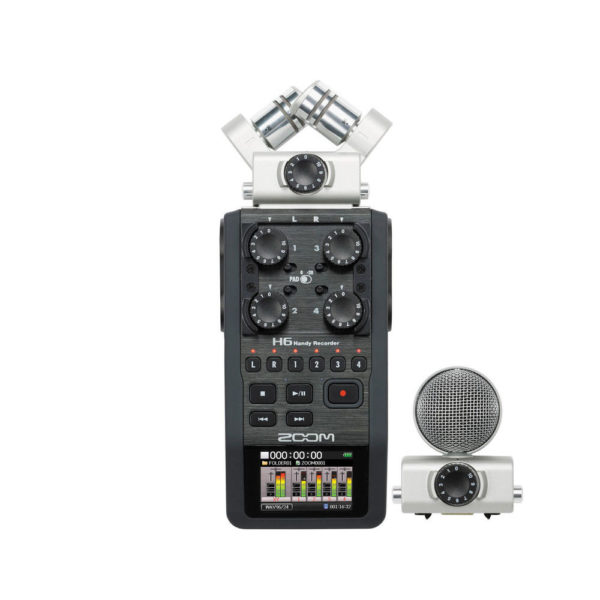 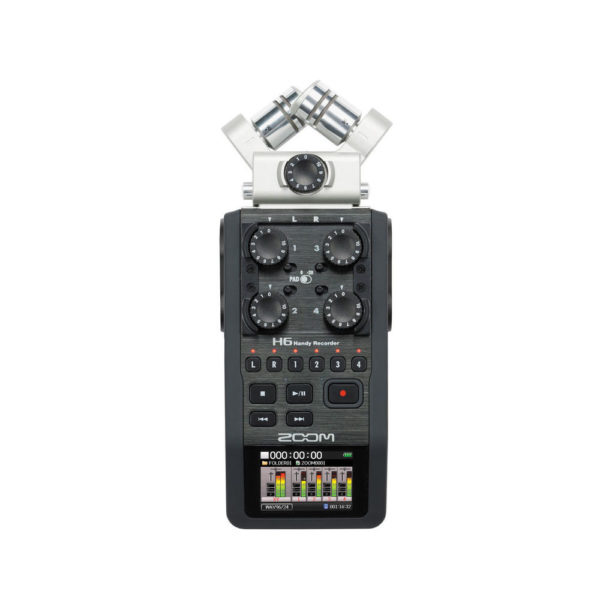 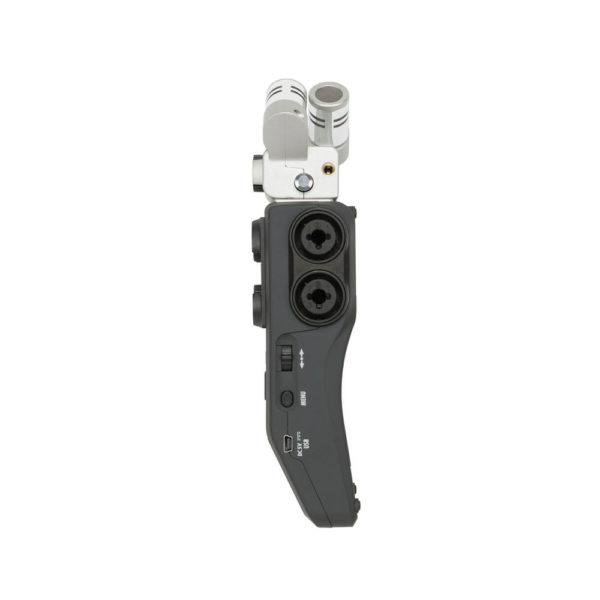 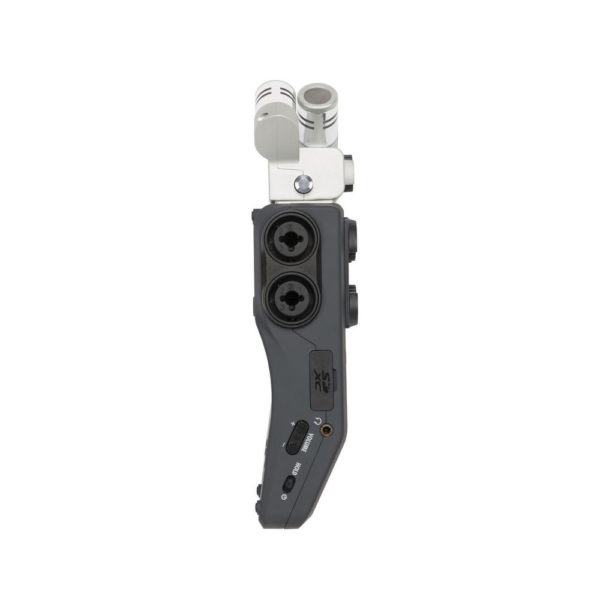 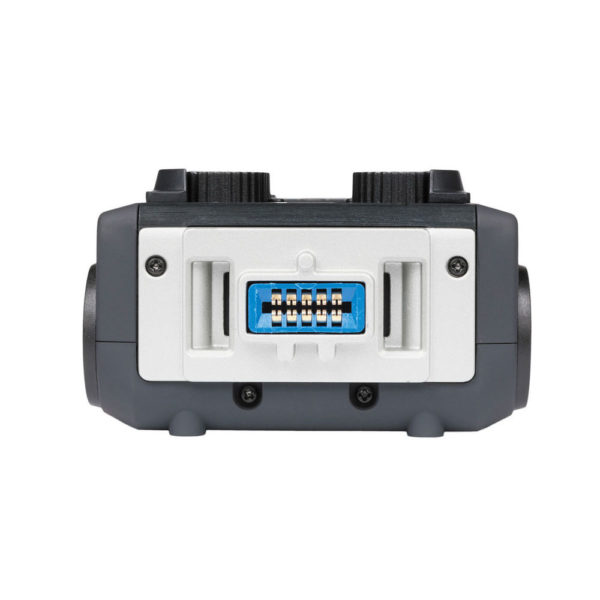 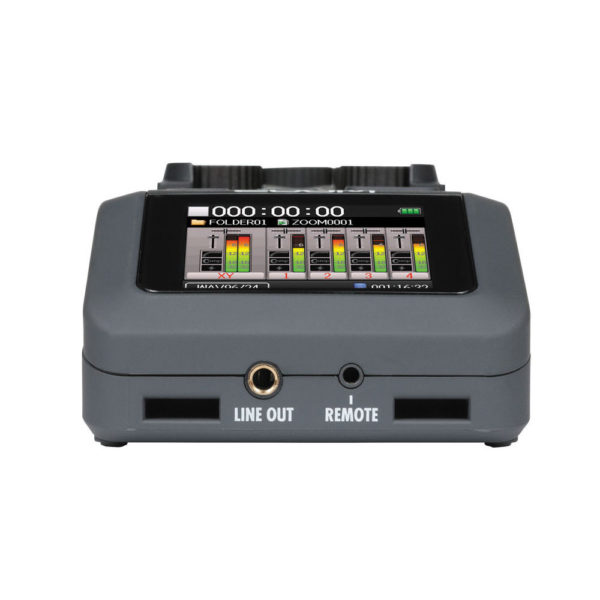 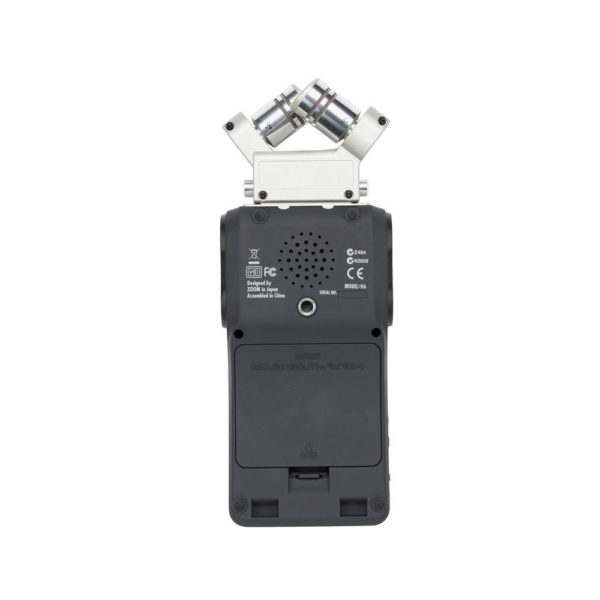 The H6 Handy from Zoom is a portable handheld recorder and USB audio interface that features an interchangeable microphone system. The recorder ships with both XY and mid-side microphone modules, foam windscreen, four AA batteries, USB cable, Cubase LE and a hard carrying case. Optional module attachments can be purchased for expanded functionality.

The H6 Handy allows for versatile recording techniques, giving you several options right out of the box. The included XYH-6 XY microphone module is made up of two matched unidirectional condenser microphones and is intended for capturing accurate, phase-correct stereo audio. The module allows you to adjust the angle of the two mics to either 90 degrees, or for a wider stereo image, 120 degrees.

For situations that call for audio that allows for width control over your stereo image after it has been recorded, the XY module can be switched out for the MSH-6 mid-side stereo microphone module. Contrary to the appearance of the capsule, the mid-side module actually contains two elements positioned on top of one another: a unidirectional mic which faces forward (mid), and a bi-directional mic set perpendicular to it (side). In addition to providing you the ability to adjust the width of your stereo audio after it has been recorded, MS recording also provides true mono compatibility, a factor that comes into play in situations such as television production.

In addition, the H6 is equipped with four XLR/TRS combo inputs for connecting external mic/line sources such as microphones or mixers. All four inputs and each of the mic modules are equipped with their own preamps with dedicated gain knobs that are easily accessible whether you have the unit mounted to your camera, or strapped over your shoulder. Also, each of the four combo inputs has its own -20dB pad.

The recorder allows you to record up to six channels at once and stores them to SDXC memory cards up to 128GB in size. It also features a backup-record option that tracks a duplicate of the left and right channels with -12db input gain. This means that if you find that you have tracked your main audio too loud and that distortion has occurred in your audio, you will have a backup stereo mix with 12 db more headroom as a fail-safe. The unit also doubles as a 6-in/2-out USB audio interface and it can be used with your computer running the included Cubase LE or other DAW software. 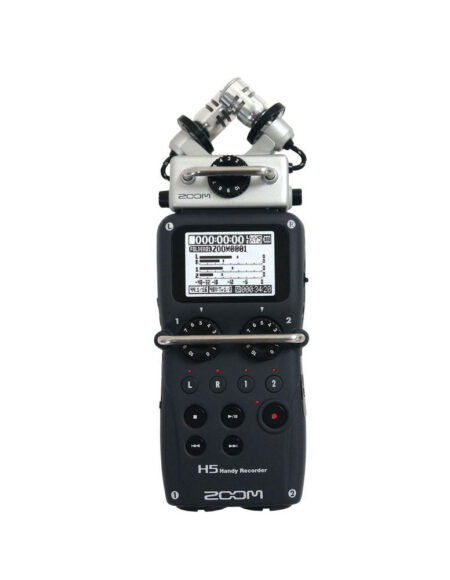 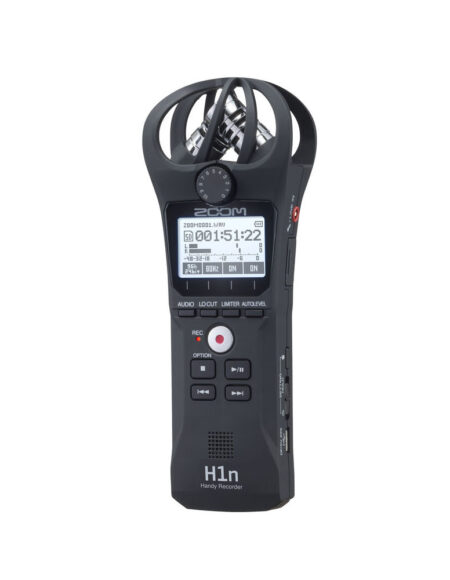 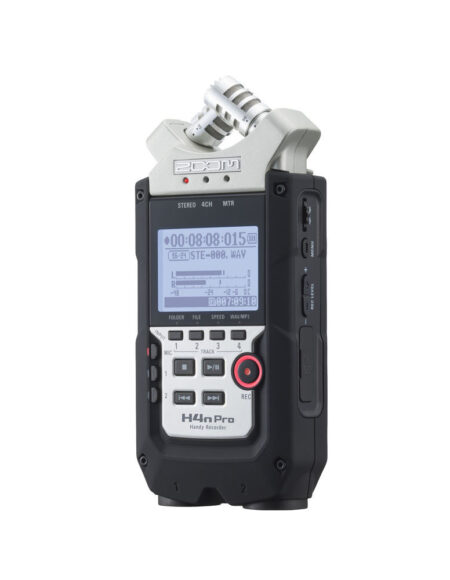 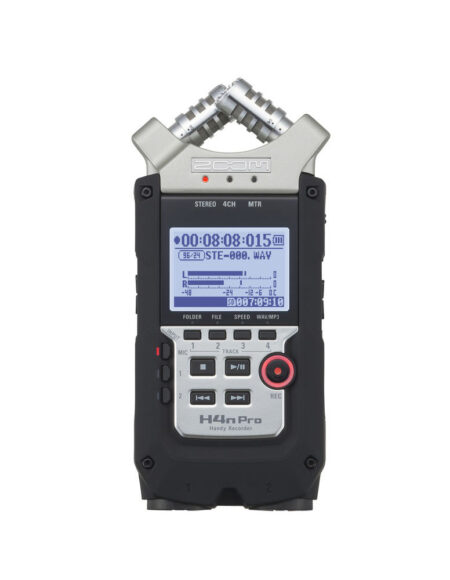